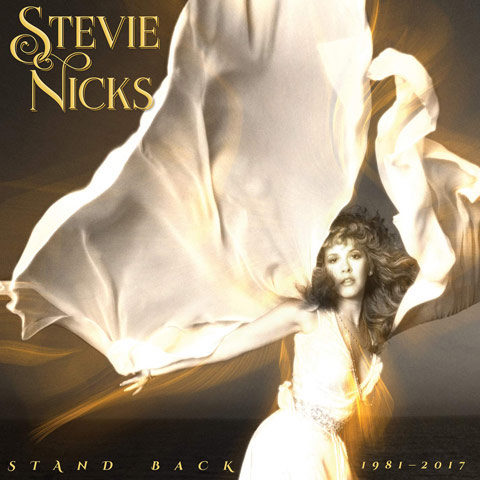 Rhino are to release a new Stevie Nicks anthology called Stand Back with various formats being delivered over the next few months.

Single CD, three-CD and 6LP vinyl editions celebrate her solo career with essential recordings from studio albums, live performances, and soundtrack contributions, plus several of her most-celebrated collaboration, such as with Tom Petty and the Heartbreakers, Don Henley, Sheryl Crow, Dave Stewart and Lana Del Ray.

The triple CD set focuses on solo studio material on disc one, collaborations on disc two and live recordings and soundtrack work on disc three. The single CD offers a highlight package while the vinyl box matches the three-CD set.

Just to make life confusing, the single-CD collection is out on 29 March, while the three-disc set (Stand Back 1981-2017) is not out until 19 April. Vinyl fans have to wait the longest, as this edition isn’t released until 28 June 2019. 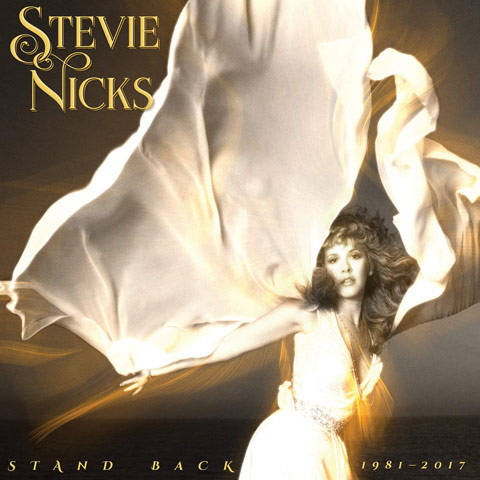 “Stop Draggin’ My Heart Around” – with Tom Petty & The Heartbreakers
“Leather And Lace”– with Don Henley
“Nightbird”
“I Will Run To You” – with Tom Petty & The Heartbreakers
“Two Kinds Of Love”
“Whenever I Call You ‘Friend’” – with Kenny Loggins
“Magnet & Steel” – with Walter Egan
“Gold” – with John Stewart
“Too Far From Texas” – with Natalie Maines
“Sorcerer”
“You’re Not The One” – with Sheryl Crow
“Santa Claus Is Coming To Town” – with Chris Isaak
“Cheaper Than Free” – featuring Dave Stewart
“You Can’t Fix This” – with Dave Grohl, Taylor Hawkins, and Rami Jaffee
“Golden” – with Lady Antebellum
“Blue Water” – featuring Lady Antebellum
“Borrowed” – with LeAnn Rimes
“Beautiful People Beautiful Problems” – with Lana Del Rey