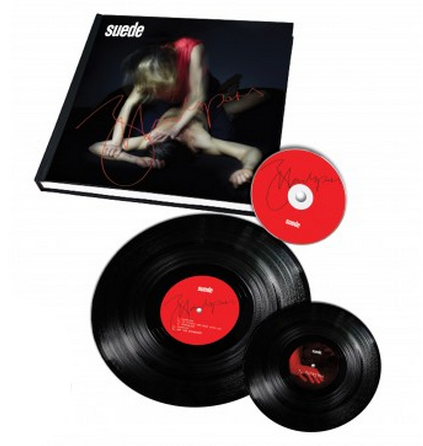 The £100 deluxe bundle does not have the content advertised

Suede fans are taking to the band’s own forum to complain about the £100 deluxe box set bundle of Bloodsports.

The expensive – now sold-out – set consists of the new album on CD and vinyl; a hardback book; a seven-inch single; a T-shirt; a signed lithograph and a USB stick.

The problem is that the USB stick – unique to this bundle – was advertised as containing “exclusive video content”, and was also supposed to contain the two bonus tracks from the seven-inch single in addition to the standard album in digital form. Fans who have already received their boxes report that it fact doesn’t contain any video at all (just a couple of folders of random images) and the audio – in WAV and MP3 format – is just the basic 10 album tracks with no sign of Dawn Chorus and No Holding Back, the bonus tracks in question.

Some purchasers of this deluxe bundle were already rather aggrieved that Japan and European iTunes customers were getting bonus tracks not found in this pricey deluxe bundle, so this missing USB content rather pours salt on that wound.

We contacted Warner Music Artist & Label Services who are handling the release, and they have promised to update buyers of this super deluxe bundle today about this situation.