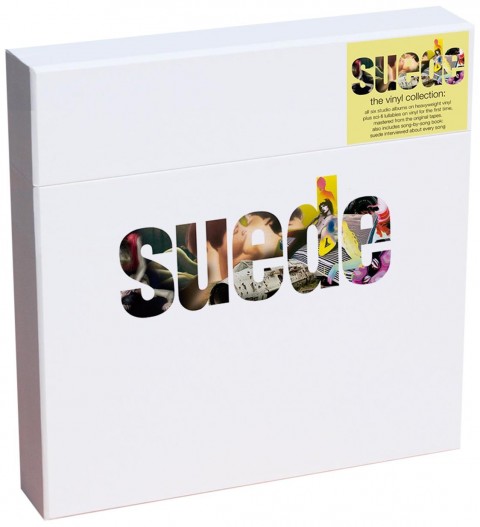 The 11xLP vinyl box set from Suede which was initially unavailable to US fans via Suede’s webstore, is not only is it now available to them via Amazon UK, but has actually dropped in price by 35%.

At the time of writing (and it will undoubtedly go back up soon) the price is £106. Even for UK buyers that undercuts the Suede store by £24. For US fans who get the VAT deducted that is a price of around £88 or $142. That is a great deal, considering the newly announced 8LP Jam vinyl box set is £132. The Suede box is also available on Amazon Germany, but the price isn’t really competitive.

The box contains all the band’s studio albums, but at least six pieces of vinyl inside this set could be classed as essential. They are Suede’s 1993 debut, the double LP that is follow-up Dog Man Star, the 3LP Sci-Fi Lullabies B-side collection and Coming Up.

Suede: The Vinyl collection is released on 21 October 2013.