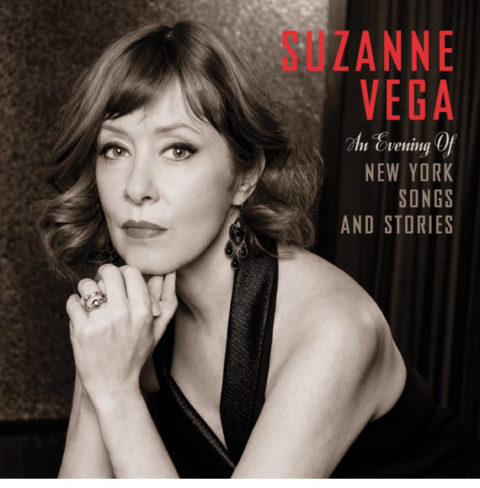 Only 200 red vinyl • Signed • Guitar and production by Gerry Leonard

Suzanne Vega will release a new album, An Evening of New York Songs and Stories in May.

On this record, Vega revisits familiar songs in her repertoire, as well as some hidden gems. It’s actually a live recording, made at New York’s Café Carlisle (on 14 March last year) on which she is backed by longtime guitarist, Gerry Leonard (who is amazing with Vega on stage), bassist Jeff Allen and keyboardist Jamie Edwards. 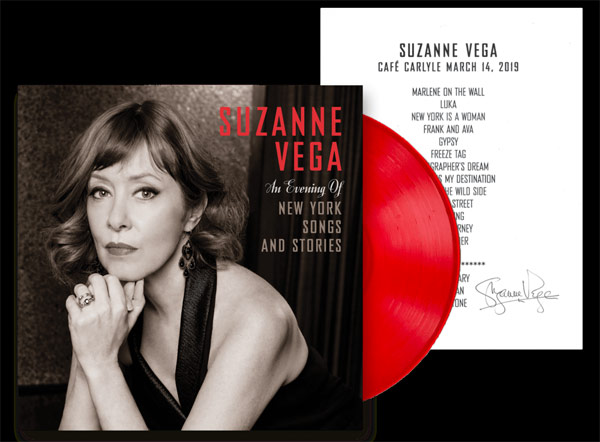 The album was produced by Gerry Leonard, mixed by Kevin Killen and mastered by Grammy Award winner, Bob Ludwig.

It is available on highly limited 2LP red vinyl (only 200 copies) which come with a signed setlist. Black vinyl with the same signed setlist is also available. Vinyl is a gatefold package and the CD version comes in a fold-out six-panel digi-sleeve.

An Evening of New York Songs and Stories is being released by Cooking Vinyl on 4 September 2020 (was 1 May), but sadly is not available in the USA or Canada right now (but will be released later in the year by another label).

Pre-order only from the official Suzanne Vega store