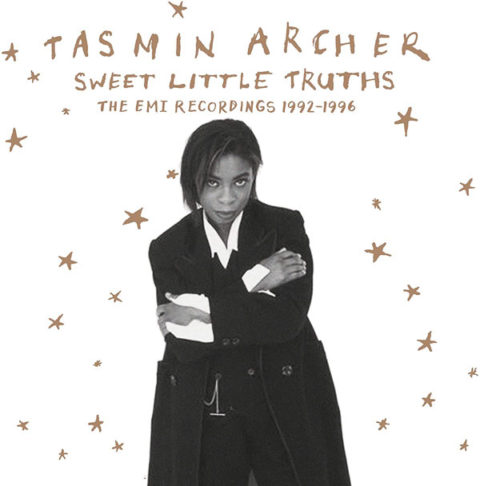 Cherry Pop will release Sweet Little Truths: The EMI Years 1992-1996 a new Tasmin Archer anthology that brings together both her albums for the the label and rounds up B-sides, remixes and live material.

Archer’s first single ‘Sleeping Satellite’ enjoyed a two-week spell at number one in the UK singles chart in October 1992 and in hindsight, this was probably a blessing and a curse. She had a few more minor hits from her first album Great Expectations, but ‘relations’ with EMI soured and sadly her brilliant second album Bloom (1996) never reached the wider audience it deserved.

Produced by Mitchell Froom and recorded and mixed by Tchad Blake, Bloom has a great pedigree and sounds fantastic. It benefits from two-thirds of The Attractions – Bruce and Pete Thomas – playing on every track, along with Froom himself and guitarists Steve Donnelly and John Hughes. This is excellent grown-up melodic rock/pop but it bombed. Quite how EMI let singles such as ‘One More Good Night With The Boys’ and ‘Sweet Little Truth’ languish at the lower reaches of the chart, is a mystery.

Perhaps unsurprisingly, Archer parted ways with the major label and didn’t make another album for 10 years (2006’s On). Not much has been heard of her since.

This new triple-CD set is very welcome and features remastered and expanded versions of both albums, the complete ‘Shipbuilding’ EP, and various other rarities.