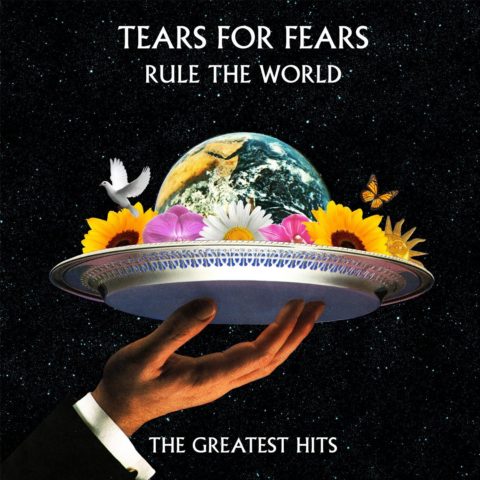 Virgin/EMI will issue Rule The World: The Greatest Hits, a new Tears For Fears compilation, in November.

The 16-track, one-CD collection will include singles from all six Tears For Fears studio albums (including the two where Curt Smith wasn’t a member) as well as a couple of new songs, the rather anthemic I Love You But I’m Lost (the new ‘single’) and Stay.

The set is non-chronological, which is probably sensible, but inevitably is defined by the big hits from the 1980, including their two US chart-toppers Everybody Wants To Rule The World and Shout. The former is probably presumed to be a UK number one, but it actually peaked at number two – the band have never reached the top of the singles chart in Britain.

Rule The World is by no means a complete collection of 45s; their debut Suffer The Children is missing, as is Tears Roll Down which featured on – and was issued as a single to promote – their 1992 collection Tears Roll Down (Greatest Hits 82–92). Eleven of the 12 tracks on that set are included on Rule The World. Non-album single The Way You Are – issued between The Hurting and Songs From The Big Chair and famously hated by the band – is an unsurprising absentee.

The last three studio albums Elemental (1993), Raoul and The Kings Of Spain (1996) and Everybody Loves A Happy Ending (2004/5) delivered 11 singles around the world, but only three feature on this collection, the best-known being Break It Down Again (a top 30 hit on both sides of the Atlantic).

Apart from Shout which is labelled as the ‘edit’, there is no indication which ‘versions’ of songs we are getting. There were loads of single/radio versions created for Woman in Chains for example, but the likelihood is that it will be the album cut. Pale Shelter will be the second version (the hit) not the 1982 original and I Believe will inevitably be the ‘Soulful Re-Recording’ issued as single number five from Songs From The Big Chair.

There is no deluxe edition (with rarities), no multi-disc expanded version of this set (with more of their singles), and no exclusive editions from their website – just this fairly straightforward single disc release, which is also available as a 2LP vinyl package. We can expect the new songs to appear on the band’s forthcoming album, which is likely to surface next year. There will also be a 2018 UK tour.

I would like to hear SDE readers’ thoughts on I Love You But I’m Lost and the track listing in general? What changes would you make, if any? Leave a comment.

Rule The World: The Greatest Hits will be released on 10 November 2017.