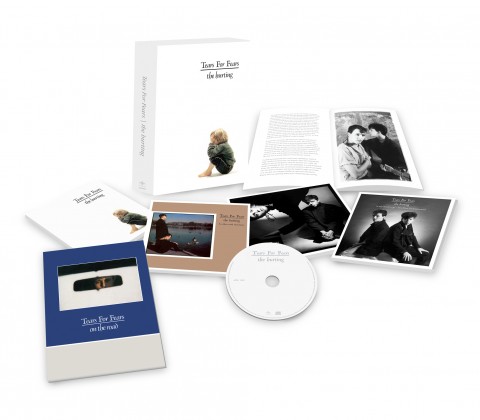 The Hurting 3CD+DVD box set will be limited

Universal Music will release a deluxe reissue of Tears For Fears‘ 1983 debut album The Hurting on 21 October 2013.

Since the band asked fans to ‘get ready’ for a big year back in March – on the very day The Hurting celebrated its 30th birthday – it has been widely expected that the record would be reissued. What perhaps wasn’t anticipated was the scale of the celebrations.

The Hurting will not only be issued as a two-CD deluxe edition (which includes a 16-track bonus disc of remixes, B-sides and alternate versions), it will also be offered as a limited edition four-disc box set, adding a third CD of previously unreleased live sessions and a DVD of the 1984 concert film In My Mind’s Eye, in which the band perform The Hurting live at the Hammersmith Odeon (almost in its entirety).

Each of the four discs will be packaged in individual gatefold wallets and the box will also contain a replica of the Tears For Fears’ 1983 tour programme and a 34-page hardback book detailing the making of the album with rare and previously unseen photos. 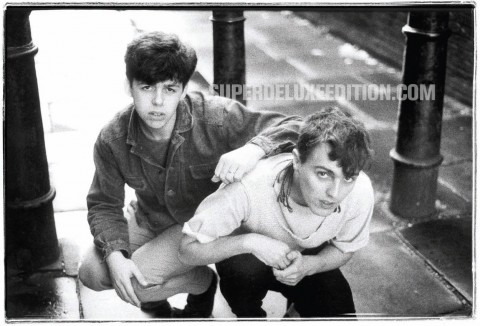 One of the rare images included in the hardback book

We are proud to inform our readers that SuperDeluxeEdition editor Paul Sinclair was invited to contribute to this set, and not only helped compile the track listing but also interviewed Roland and Curt for the sleeve notes within the hardback book. As a result, we have the inside track on this release, and will happily try to answer any questions you may have around The Hurting reissue.

One thing’s for sure, whether you opt for the two-disc deluxe edition or the box set, you will be treated to a wealth of remastered material, with many bonus tracks released on CD for the first time.

The early single version of Pale Shelter (You Don’t Give Me Love) is included in seven and twelve-inch variants, while debut 45 Suffer The Children makes four appearances on the bonus disc, including the instrumental version and the original twelve-inch remix. The so-called ‘new version’ of fourth single Change (originally appended to the UK cassette of The Hurting) gets its CD debut, as does the early B-side takes on album tracks Ideas As Opiates and The Prisoner. The first Tears For Fears B-side, the quirky Wino, is present and correct having been omitted from 1996’s Saturnine Martial & Lunatic flip-side compilation.

The autumn 1982 live radio sessions with David ‘kid’ Jensen and John Peel are commercially released for the first time. These eight tracks (four for each session) can be found on CD 3 within the box set. Change and Start Of The Breakdown – live from Oxford – complete this disc (both originally issued on the limited edition seven-inch double-pack of non-album single The Way You Are).

The In My Mind’s Eye – Live At Hammersmith Odeon concert film is issued on DVD for the very first time, especially for this box set. Watch Me Bleed is the only track from The Hurting not performed and the band also try out a few tracks from second album Songs From The Big Chair such as Mothers Talk and The Working Hour. 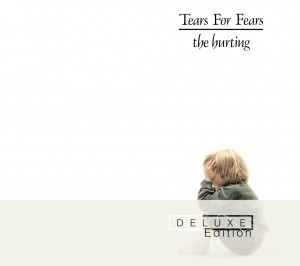 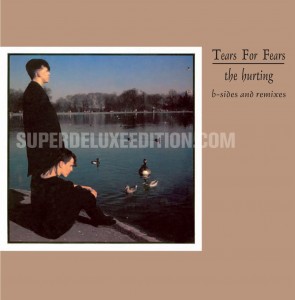 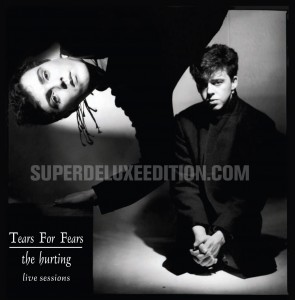 From ‘The Way You Are’ single 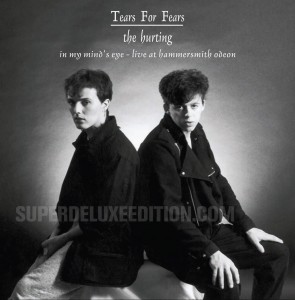