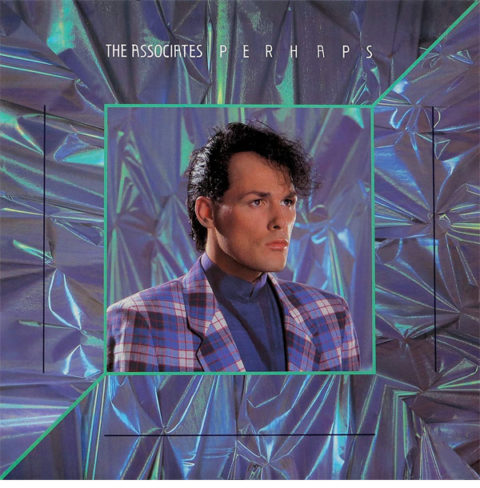 The Associates‘ third studio album Perhaps will be reissued as a 2CD deluxe edition later this month.

With the departure of Alan Rankine and Michael Dempsey, the 1985 long-player was effectively a Billy McKenzie solo album in all but name and had a long gestation period featured four different producers: Heaven 17’s Martyn Ware, Martin Rushent, Dave Allen and Greg Walsh.

This two-CD reissue features the original 10-track album on CD 1 along with the four cassette-only instrumentals from 1985. The second disc includes what the label describe as “all the related bonus tracks for which master tapes still exist”. These comprise extended versions, edits, B-sides and instrumentals. 11 tracks are new to CD.

This deluxe edition comes as a digipak with a 20-page booklet, with sleeve notes courtesy of Andy Davis.

The Perhaps deluxe edition is released on 31 January 2020 via Cherry Red. This reissue is a wallet-pleasing £10.99 in the UK.