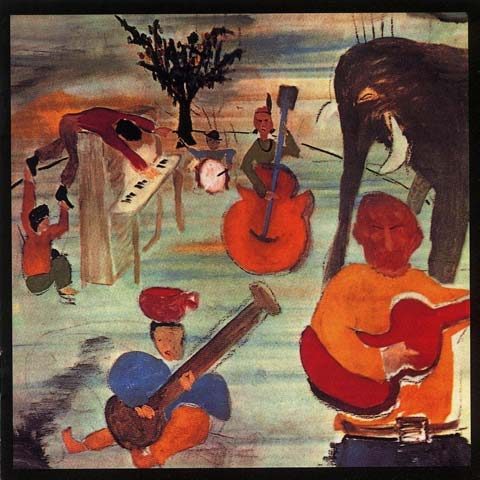 The Band‘s debut album Music From Big Pink will be reissued as a 50th anniversary super deluxe edition box set in August, that includes a new stereo mix and a 5.1 surround mix of the 1968 album.

The box set is a five-disc set which comprises CD, blu-ray audio, 2LP vinyl and seven-inch and comes with a hardcover book. The double vinyl LP and CD elements are available separately, but not the blu-ray with the 5.1 mix.

The songs on this superb album include The Weight, This Wheel’s On Fire, Tears of Rage and To Kingdom Come and the cover art was painted by Bob Dylan (the ‘Big Pink’ being the upstate New York house where The Band wrote the songs.

Bob Clearmountain has created the new stereo mix (which features on the CD and double vinyl) from the original four-track analog masters. The CD features six outtakes/alternates (including an unreleased A Cappella version of I Shall Be Released) and the seven-inch included is a recreation the original 1968 single for The Weight and I Shall Be Released.