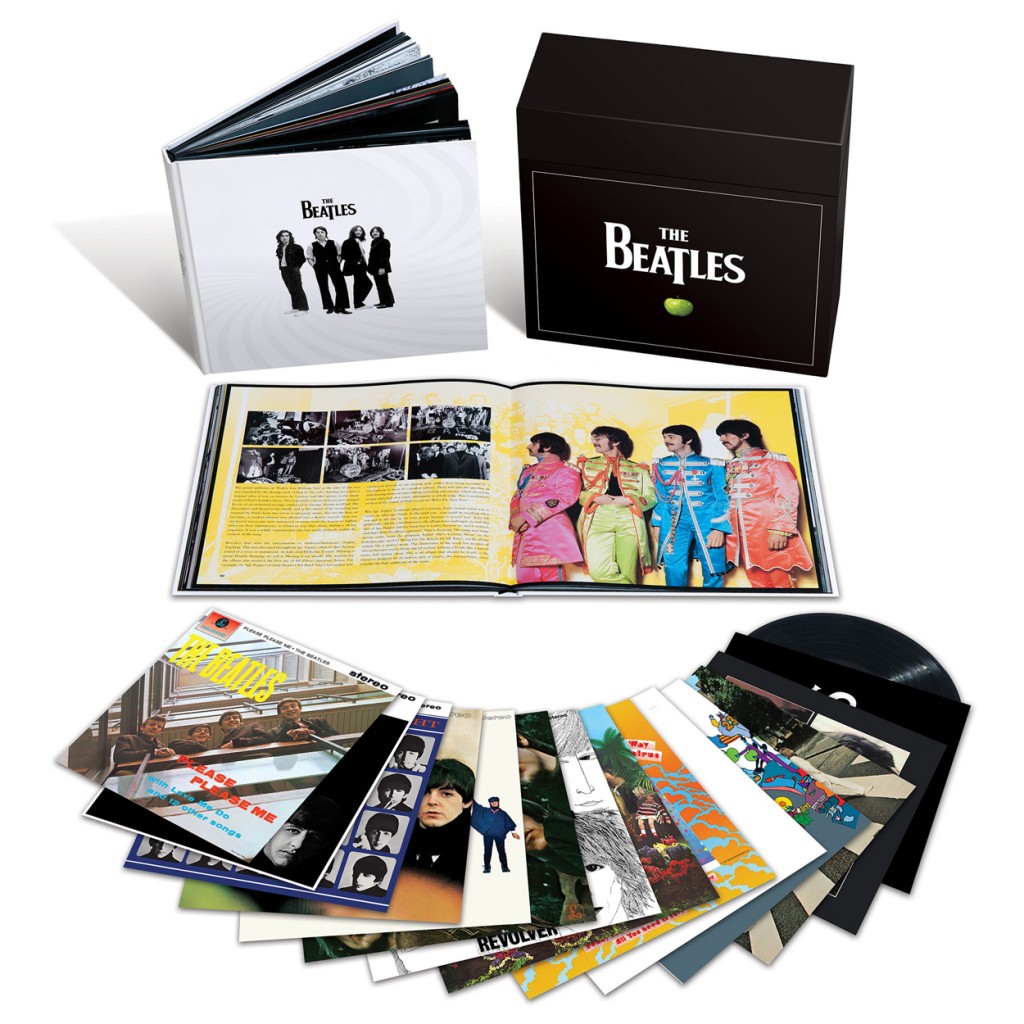 The Beatles’ acclaimed original studio album remasters, released on CD in 2009 and in 2010 for digital download exclusively on iTunes, will make their long-awaited stereo vinyl debut on 12th November (13th November in North America). Manufactured on 180-gram vinyl, the 14 albums return to their original glory with details including the poster in The Beatles (The White Album), the Sgt. Pepper’s Lonely Heart Club Band’s cutouts, and special inner bags for some of the titles. Each album will be available individually, and accompanied by a stunning 252-page hardbound book in a lavish boxed edition, limited to 50,000 copies worldwide. (PRNewsFoto/EMI / Apple Corps Ltd.)

One response to The Beatles / Stereo Vinyl Remasters box set