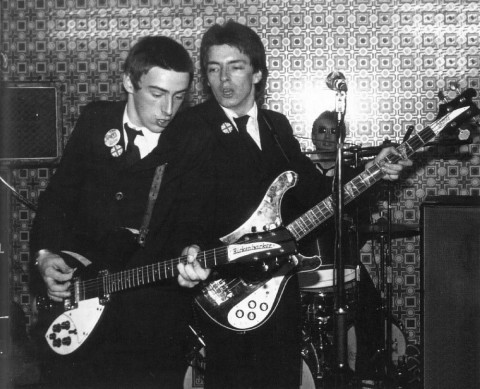 Fire And Skill: The Jam Live is the name of a new six-disc box set currently listed for pre-order on Amazon UK.

There is little in the way of information at present, although this is clearly a live anthology that will hopefully offer fans some previously unreleased performances. The £79 price tag suggests that this will be more than just six CDs in a box, so perhaps we can expect a substantial ‘super deluxe’ type set with a heavyweight book and perhaps even some vinyl. Either that, or the price will drop dramatically between now and the end of October which is the current – probably ballpark – release date.

If anyone has any more information about this set, do get in touch. Fire And Skill: The Jam Live currently has a release date of 30 October 2015.

46 responses to The Jam: Live set hits the schedules