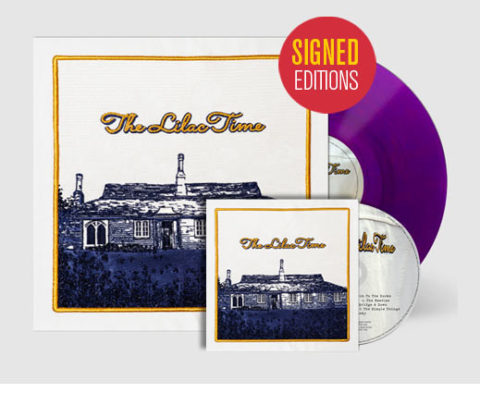 Stephen Duffy returns with a new Lilac Time album, Return to Us in October, with signed CD and vinyl copies available via SDE.

The Lilac Time (originally Stephen, Nick Duffy and Michael Weston) date back to 1986 when they recorded four albums before Stephen Duffy rebooted his solo career in 1993 (without the ‘Tin Tin’) and released three studio albums, including the recently reissued I Love My Friends.

More albums followed in the new millennium including Keep Going (2003) and 2007’s Runout Groove (“our worse selling record” as Duffy told SDE earlier this year). The most recent record was No Sad Songs which was released about four years ago.

The new nine-track album features ‘(I’m) A Believer’ which you can preview above. The album is being issued as a special gatefold purple vinyl edition and a digi-pack CD.

I’m delighted to say that SDE is offering SIGNED editions of both formats via the SDE shop. Use this link or the buttons below (these are signed by the band, not just Stephen). There’s also a specially-priced vinyl+CD bundle for those who just want ‘everything’.

Return to Us - Purple vinyl

Return to Us - CD edition

19 responses to The Lilac Time / Return to Us