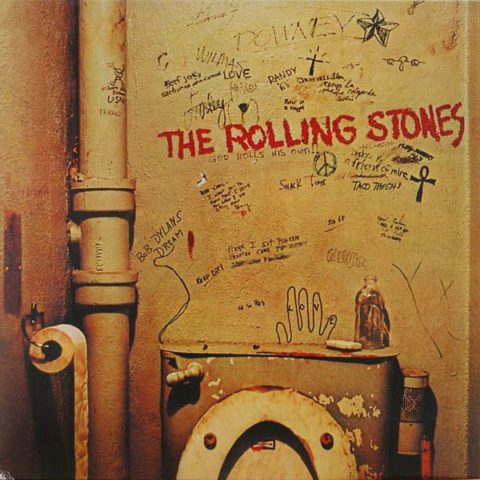 The last album recorded with the original lineup of Mick Jagger, Keith Richards, Brian Jones, Bill Wyman and Charlie Watts, Beggars Banquet was recorded between March and July of 1968 at Olympic Sound Studios in London and released in December of that same year. The best known songs on the record are probably Street Fighting Man and Sympathy For The Devil.

Beggars Banquet is being reissued as a special vinyl package which incorporates both versions of the cover. The gatefold sleeve features the Michael Vosse photograph of a vandalised toilet (once deemed offensive) but will come with an ‘overwrap’ of the inoffensive ‘wedding invitation’ version. 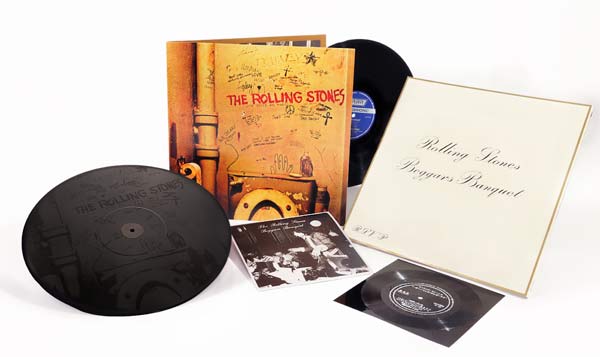 In stark contrast to the forthcoming White Album reissue, no unheard bonus audio forms part of this 50th anniversary package, but the new vinyl does come with a bonus 12-inch vinyl record with a mono version of Sympathy For The Devil cut at 45RPM. The reverse of this vinyl features an etching of the ‘toilet’ cover art.

Also included is a replica of the rare Japanese bonus flexi disc containing a phone interview with Mick Jagger from 1968, and a download code for the album plus interview.

Beggars Banquet has been newly mastered by engineer Bob Ludwig, lacquers cut at Abbey Road and pressed on 180g vinyl. It is released on 16 November 2018, and the remaster is available on CD, too.

Sympathy For the Devil (mono) 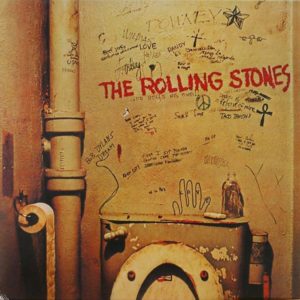