The Rolling Stones / From the Vault: Live at the LA Forum 1975 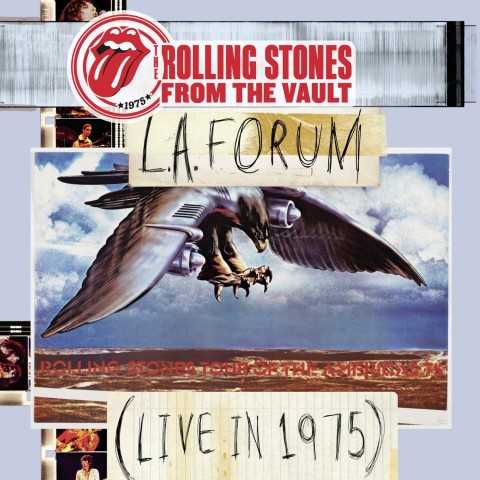 With the Hampton Coliseum Live in 1981 Rolling Stones set still seven weeks away from release, Eagle Vision have already announced the second in their new ‘From The Vault’ series: L.A. Forum Live In 1975.

The ‘Stones tour of The Americas in ’75 was the band s first time on the road with new guitarist Ronnie Wood and consisted of 44 dates between June and August 1975. The five nights at the L.A. Forum commenced from July 9th and the concert film in this set features the show from July 12th. As with before, footage has now been restored and the sound has been newly mixed by Bob Clearmountain for this first official release of the show.

The formats are likely to be identical to the Live in 1981 Hampton Coliseum release, so expect standalone blu-ray and DVD along with the formats below. At the time of writing only the UK 2CD+DVD edition of LA Forum Live in 1975 can be pre-ordered but this post will be updated as and when links come through. It’s released on 17 November 2014.

12 responses to The Rolling Stones / From the Vault: Live at the LA Forum 1975