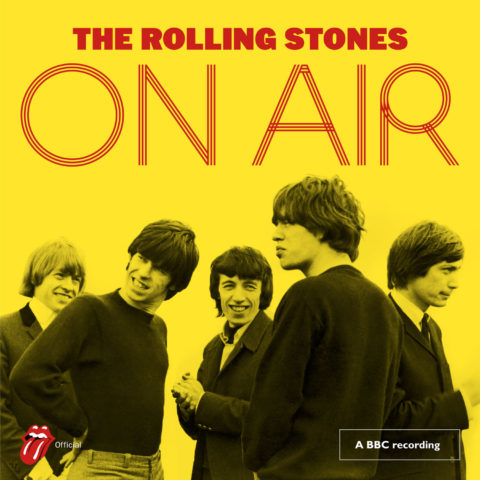 In December Universal/Polydor will issue The Rolling Stones – On Air a collection of rare radio recordings from the band’s formative years.

Amongst the songs are eight the band have never recorded or released commercially, and these radio sessions would have been performed between 1963 and 1965 on BBC shows such as Saturday Club, Top Gear, Rhythm and Blues and The Joe Loss Pop Show.

On Air is available as an 18-track single CD edition which includes takes on (I Can’t Get No) Satisfaction, The Last Time, Come On, The Spider And The Fly, Route 66 and Hi Heel Sneakers. A double CD deluxe edition adds 14 further tracks to the offering. There’s also a heavyweight vinyl edition (which mirrors the single CD track listing).

These should sound good because the label says the audio has gone through a process called “audio source separation” which apparently involves “de-mixing the transcripts and allowing engineers at Abbey Road access to the original instrumentation and voices within each track, so that they could be rebuilt, rebalanced and remixed to achieve a fuller, more substantial sound.” Sounds similar to going back to the multi-tracks and remixing, although I suspect it’s not exactly that, since they’ve phrased it in a rather ambiguous way.

This release follows Richard Havers recent companion book which came out a few weeks back. The Rolling Stones On Air will be issued on 1 December 2017.

The Rolling Stones – On Air

54 responses to The Rolling Stones / On Air