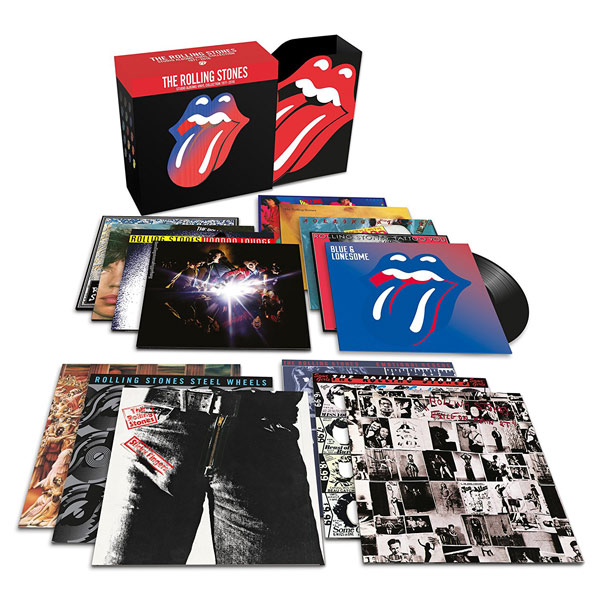 This 20LP collection covers 15 studio albums, starting with 1971’s Sticky Fingers and ending with 2016’s Blue & Lonesome.  Every album has been remastered and cut at half-speed at Abbey Road Studios, from “vinyl specific” original tape transfers. The records are pressed on 180g vinyl and each album comes with a download card for “HD digital redemption” of the catalogue.

Described as a ‘limited edition box set’, The Studio Albums Vinyl Collection comes with a numbered certificate of authentication and is presented in a “highly bespoke, lenticular mounted box”. The original packaging has been replicated, so Some Girls includes the 20 cut-outs on the cover, while the sleeve of Sticky Fingers is presented as Andy Warhol’s original design, complete with a working zip with a hidden image underneath and Exile On Main Street comes with a set of 12 original postcard inserts.