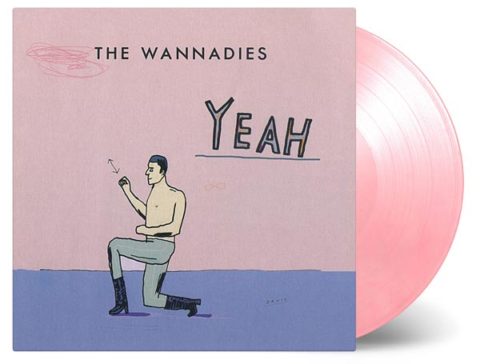 The now sold out yellow vinyl reissue of Be A Girl is followed up by a 20th anniversary edition coloured vinyl edition of The Wannadies‘ album Yeah.

Yeah was released in 1999 and features the singles ‘Yeah’ and ‘Big Fan’. It saw the Swedish rockers adapt their sound slightly towards electronica. It has never been issued on vinyl so this limited edition pink pressing is its debut on the format.

This is pressed on 180g pink vinyl (limited to 1000 units) and includes a four-page booklet and these are individually numbered.

It is released on 19 April 2019 via by Music On Vinyl. A black vinyl version of Be A Girl will also be available on 5 April 2019. The album before Yeah, Bagsy Me, will be the next to get the coloured vinyl treatment. You can order either the Yeah coloured or the Be A Girl black vinyl from the SDE shop using this link, or the buttons below.