The Zombies / In The Beginning 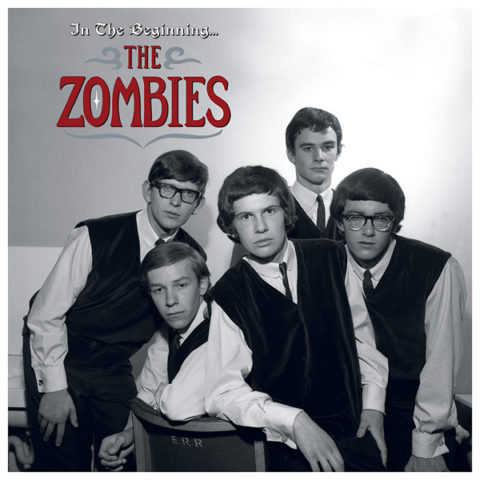 In The Beginning is a new Zombies 5LP vinyl box set that features both of the band’s official studio albums along with compilations covering A-sides, B-sides and EP tracks and the ‘RIP’ album.

Best known for their 1964 hit ‘She’s Not There’, the British rock band issued their debut album, Begin Here on Decca in 1965 and a belated follow-up Odessey And Oracle in 1968. By the time the latter came out, they’d split up, largely down to the frustration of not being able to repeat the chart success of ‘She’s Not There’.

Despite further hits eluding them, CBS did propose a second Zombies album and some new tracks were recorded and combined with old Decca out-takes and demos that were overdubbed and enhanced. Scheduled for release in 1969, what would have been a third studio album (albeit slightly cobbled together) was ultimately cancelled. Tracks from it emerged over the years on various compilations, but it was almost 40 years later that the whole thing was issued in Japan as R.I.P. That album and two compilations – Early Days and Continue Here – combine to form this new 5LP vinyl box.

The LPs are all pressed on different coloured vinyl and come housed in a rigid slipcase. Designer Phil Smee handles the presentation and indeed the inner sleeves include photos from his extensive collection.

In The Beginning will be released on 22 February 2019. In related news, The Zombies have recently been announced as 2019 inductees for the Rock & Roll Hall of Fame!

In The Beginning [VINYL]

Side One
1. She Loves The Way They Love Her
2. Imagine The Swan
3. Smokey Day
4. Girl Help Me
5. I Could Spend The Day
6. Conversation Off Floral Street

12 responses to The Zombies / In The Beginning