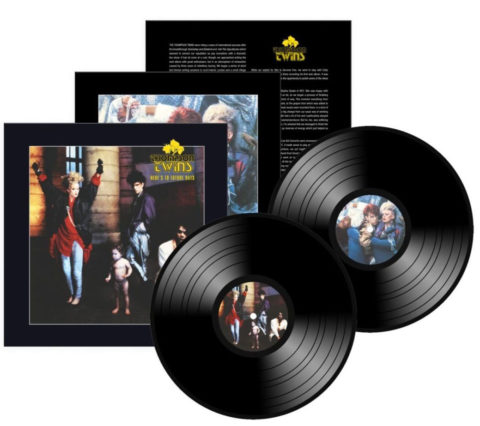 Vinyl 180 continue their Thompson Twins reissues with a double LP package of the band’s 1985 album Here’s To Future Days.

This set follows last year’s purple vinyl reissue of the same album. The key difference here is that this reissue features a bonus vinyl LP of 12-inch remixes and extended versions that originally appeared on the UK cassette version of the album.These tracks are Shoot Out (a remix of Don’t Mess With Doctor Dream), Alice (an instrumental of Lay Your Hands On Me), Heavens Above! (a instrumental of Future Days), The Kiss (an remix of Tokyo) and Desert Dancers (a remix of Breakaway). 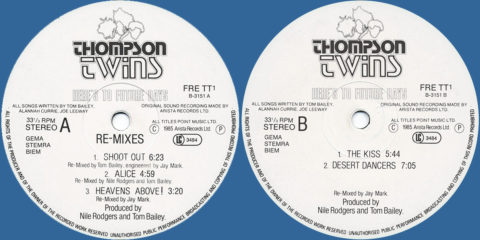 There was actually a limited edition two-LP version of the album back in the day which featured the same bonus material and so this new release is effectively an improved version of that, since it also includes two additional remixes not featured at the time – Lay Your Hands On Me (US Remix) and King For A Day (US Remix).

Tom Bailey has provided sleeve notes for this and it’s actually a very small limited run of only 500 copies, so you have been warned!

This new vinyl edition of Here’s To Future Days will be released on 19 January 2018.