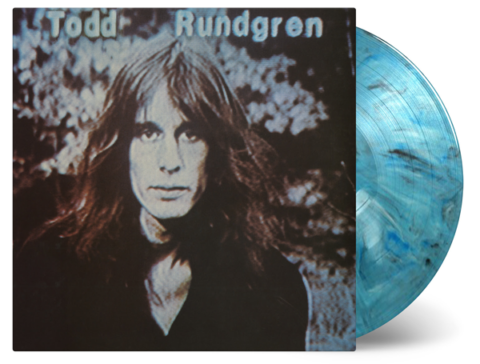 Rundgren’s eighth solo album saw the American musician leave the experimentation of previous releases behind and return to a more pop-oriented singer-songwriter mode. Hermit of Mink Hollow is the first album to be written and recorded entirely by Rundgren himself and the album features ‘Can We Still Be Friends’ which Robert Palmer covered for his Secrets album, issued a year later in 1979.

This new edition of Hermit of Mink Hollow is pressed on 180g blue marbled vinyl (actually a mix of blue, white & black) and is limited to 1000 individually numbered copies.

It is released on 13 December 2019, although before that (on 29 November) coloured vinyl editions of A Wizard, a True Star and Faithful will be released. Everything is on the SDE shop.

Hermit of Mink Hollow is limited to 1000 individually numbered copies on blue marbled coloured vinyl (mixed) and is released by Music On Vinyl on 13 December 2019.