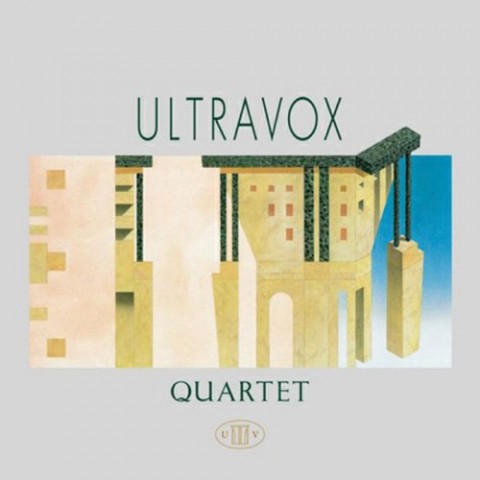 The Weatherbox label follow up their Vienna vinyl reissue with a white vinyl pressing of Ultravox‘s 1982 album Quartet.

The record has remastered for 180g vinyl using the 2009 remasters and, as before, ‘initial pressings’ come with a bonus seven-inch single, this time with Serenade (7-inch edit) on the A-side and The Voice (Live) (fan club flexidisc version) on the flipside.

This album saw the band working with Beatles producer George Martin and four singles were issued: Reap The Wild Wind, Hymn, Visions In Blue and We Came To Dance.