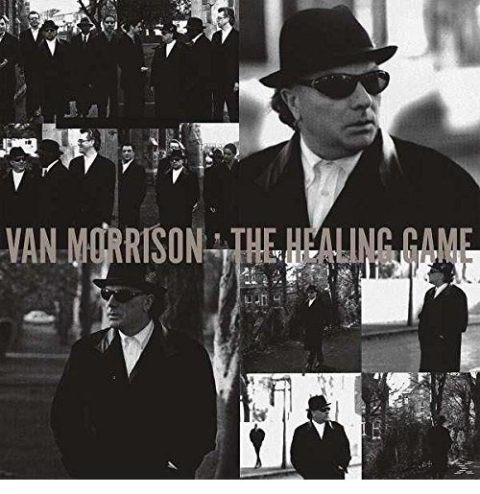 The first CD features the 10 album tracks with five bonus tracks including single versions and songs from compilations.

‘Sessions & Collaborations‘ are the focus of the second disc, and amongst the offering are  early versions of ‘The Healing Game’ and ‘Fire in the Belly’ and various previously unreleased recordings including a jazz version of ‘The Healing Game,’ the full length version of ‘Sometimes We Cry’, several previously unissued collaborations with Carl Perkins and a couple of tracks recorded with John Lee Hooker.

The final CD features Van Morrison’s Live at Montreux concert from 17 July 1997. This is available officially for the first time and includes songs from The Healing Game as well as some favourites from his back catalogue and some well chosen covers (such as Ray Charles, Antony Newley and Sly Stone).

As well as the triple-disc deluxe, the album will be reissued on vinyl LP featuring just the 10 album tracks.

The Healing Game is reissued on 22 March 2019. I have no idea why it’s so expensive in the UK, but presumably that price will come down. If not, you always have Italy.