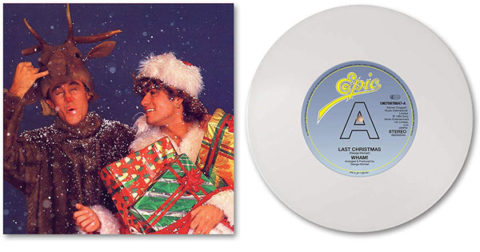 As mentioned in last week’s Saturday Deluxe, Wham!‘s Last Christmas is being reissued as a seven-inch white vinyl record.

The single features the standard single version of the festive favourite with the original B-side (actually an AA side, of course) which is an edit of the remix of ‘Everything She Wants.’

At first, this release appeared to be only available via Sony’s own website, but it has now become more widely available and you’ll now find it on Amazon in the UK and the like. This is welcome as the shipping charges on the official store were very high. This edition is is described as ‘strictly limited’ although no actual numbers have been revealed.

Last Christmas is released on 13 December 2019.