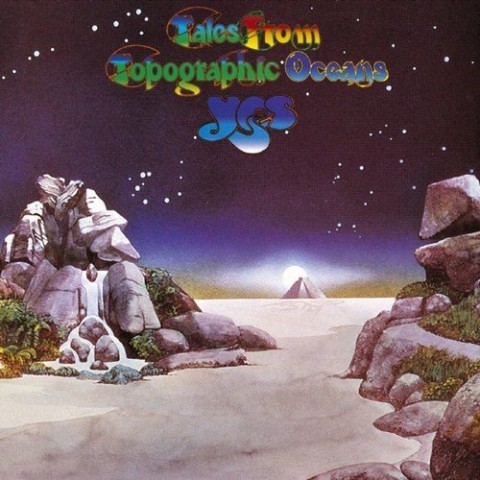 Yes‘ sixth studio album Tales From Topographic Oceans will be reissued at the end of September with new Steven Wilson stereo and 5.1 remixes created from the original multi-track tapes…

This is the fifth in the series of expanded Yes albums and it comes in 3CD+Blu-ray audio and 2CD+2DVD-A configurations.

Both versions feature the new 2016 mix of the original album along with an unedited/extended version of side one’s Dance of the Dawn and five newly created ‘single’ edits, but the blu-ray version is the one to opt for since its unique third CD offers a complete alternate version of the album using live tracks and studio run throughs. Of these High The Memory (a studio run-through of side 2), and Ritual (live in Zurich, April 1974) are previously unreleased.

The blu-ray and DVD-As both feature the original stereo mix of the album, along with the new stereo and 5.1 mixes, but again the blu-ray combo gives you something extra, in this case the extended Dance of the Dawn in stereo and 5.1 surround sound, the five edits, instrumental mixes, the alternate versions, and other bonus material, all in high resolution.

The DVD-A version is presented as double digipacks while the blu-ray version comes as two mini vinyl replica gatefold card sleeves in a slipcase. The booklets feature new sleeve notes by Sid Smith along with the usual rare photos and elements of new interviews with Jon Anderson, Steve Howe and Alan White.

Speaking about this release, Steven Wilson said “I worked on and off for about 3 years on this new mix in my quest to do it justice. I hope it will satisfy the people who agree with me that it may just be Yes’s pre-eminent masterpiece.”

He also recently pointed out that multitrack tapes are unavailable for the other key albums in the Yes catalogue, so “unless that situation changes”, this will be the final release in the series.

Tales From Topographic Oceans is reissued on 30 September 2016. With the extra discs these are pricier than previous sets, although the current price on Amazon UK for the blu-ray vesion is great value (and is actually cheaper than the other set). 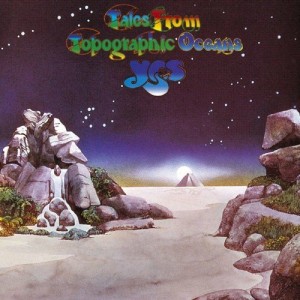 – the original album mix in a DTS-HD Master Audio flat transfers from the original master tape source. (24bit/192khz). We believe this is the earliest master of the original mix to be issued in the digital era. (This master was also used for the original stereo on the CDs).

– 2016 stereo and 5.1 remix of Dance of the Dawn plus 5 single edits (stereo only) all mixed from multi-track by Steven Wilson.