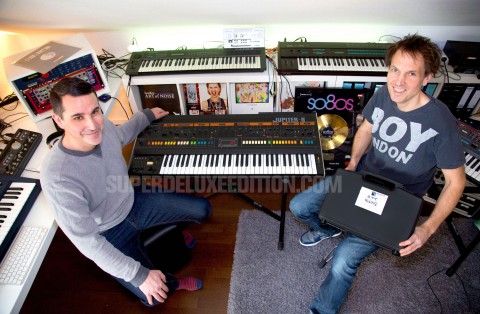 The duo are working on a new volume of their well regarded SoEighties remix compilation series, but this one will be themed solely around ZTT releases from the classic era of the early eighties. What’s special about this project is that Trevor Horn has agreed to hand over the original multi-tracks and the pair have set about reconstructing new mixes with the self-imposed restriction of only using the original parts available from the original tapes. This will offer the freshness and excitement of a new reworking, coupled with the authenticity of a period remix.

Blank & Jones told us “This is not a new remix album like we all heard before with the songs combined with the current dancefloor sounds, but neither is it another collection of well known long versions. We are “die-hard” ZTT Fans and we’ve been almost re-building the Trevor Horn studio of the ’80s in our studio. We are buying all those old synths and effect machines as many of the original multi-tracks are ‘dry’. We can do twelve-inch mixes which sound like they were done in the ’80s, but with the advances of the technology of today. For example, the new mixes won’t have varispeed which comes from tape machines, and so they are completely mixable for DJs, but most of all we are trying do 12″ Mixes which get you excited as someone who always treasured the original mixes”

SuperDeluxeEdition was granted a special advance listen to Relax (Blank & Jones so8os Reconstruction), a ten minute remix of the Frankie Goes To Hollywood classic and we’re pleased to report that it’s superb – everything you would hope for. It will certainly bring a big smile to the faces of Frankie fans.

Blank & Jones have just completed work on a new version of Propaganda‘s Dr. Mabuse and are currently tackling Frankie’s Two Tribes. The finished two-CD release will have a CD of these new mixes with a second disc featuring a non-stop megamix of the ZTT catalogue.

So8os Presents ZTT (Mixed & Reconstructed By Blank & Jones) will be released at the end of April 2014. 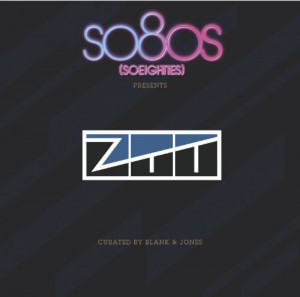