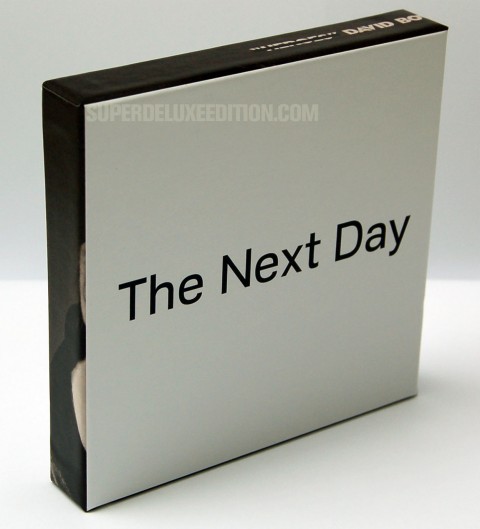 The Next Day in three dimensions

This new limited edition box set edition features the standard 14-track album on one CD and comes with a bonus CD containing two remixes and four previously unreleased tracks. This second disc also includes the four bonus tracks issued around the world as part of the original release. A DVD with the videos for Where Are We Now?, The Stars (Are Out Tonight), The Next Day and Valentine’s Day complete the set.

The package is a lift-off lid box with the three discs (dubbed ‘Tracks’, ‘Extra’ and ‘Light’) packaged in card sleeves. You also get three booklets.

After ten years of not releasing any material we’re not going to complain too much about Bowie putting out more new songs (even if you do have to buy the album again), but this package does have some presentational flaws. For a start, whatever your views on the white-box-on-top-of-old-album-cover original design concept, it did work (just about). But with the three dimensions on offer here, the designers have altered/extended the original concept. So the Heroes sleeve moves to the edges of the box, turning the front cover completely into the white box with ‘The Next Day’. It just looks boring.

Also, we like arty. Arty is good. But it’s taking things to extremes when you print the lyrics in the booklet and deliberately make them difficult to read. It looks like the paper slipped in the printers with lots of words ‘chopped off’ at the edges of the pages (see image below).

Finally one of the booklets is blank, with the word ‘You’ written on the back. Not quite sure what we’re supposed to do here… we’re probably being invited to contribute. The listener and the artist cross paths on white recycled stock. Anyway, an interview with Bowie reflecting on the reaction to his first album for ten years would have been nicer and more informative than literally, nothing.

We’re being a bit hard on The Next Day Extra. It’s still an essential purchase for Bowie fans. We should reflect that in an era of creative artists spewing out every thought via social media, here is a man who seems genuinely happy to give nothing away. 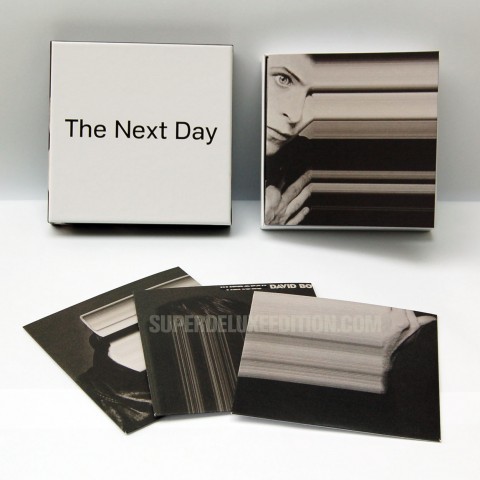 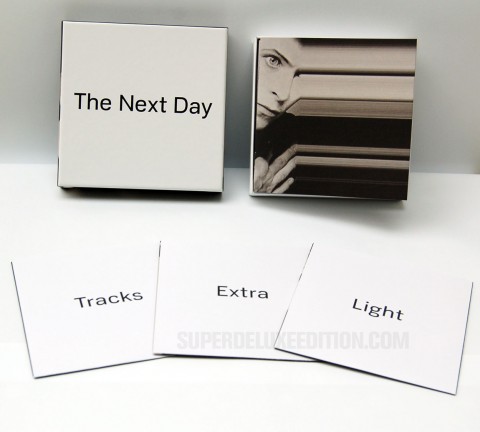 Three disc with their ‘names’ on them (click to enlarge) 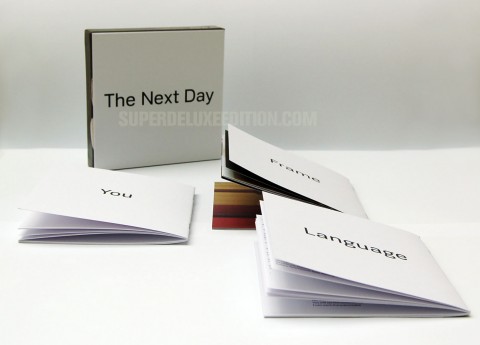 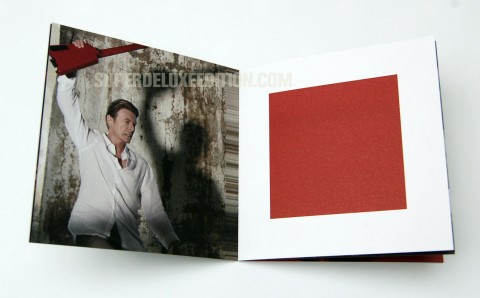 Booklet 1, ‘Frame’ is stills and images from the videos (click to enlarge) 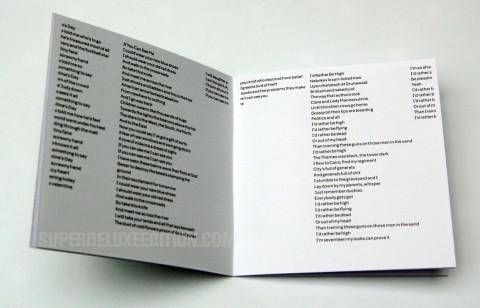 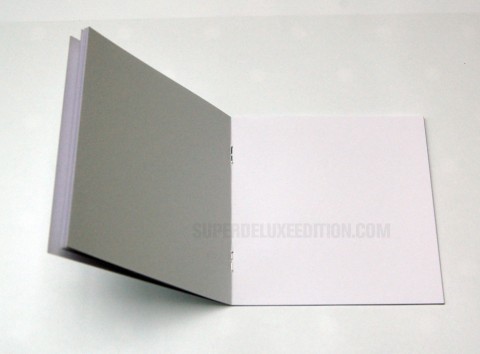 Booklet 3, ‘You’ is, er, blank white pages with a rather dirty cover (click to enlarge) 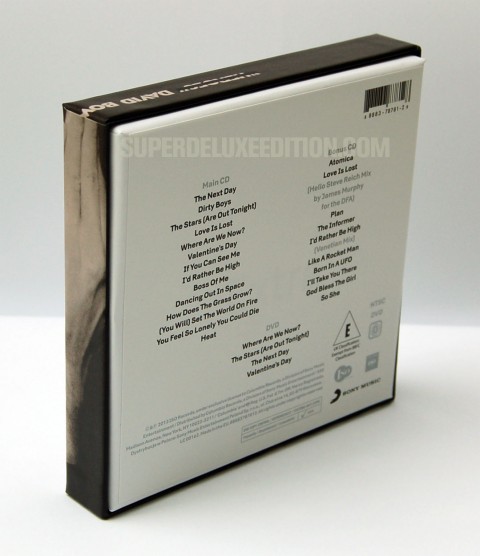 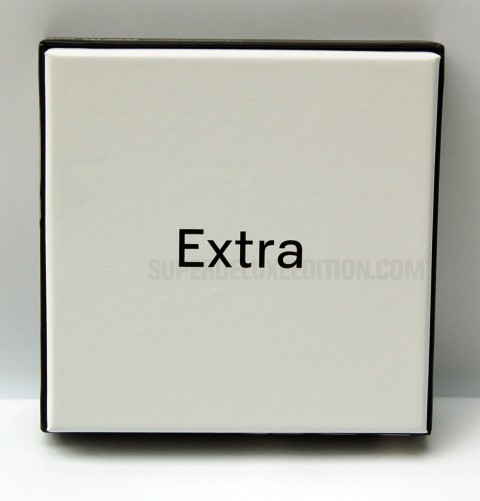