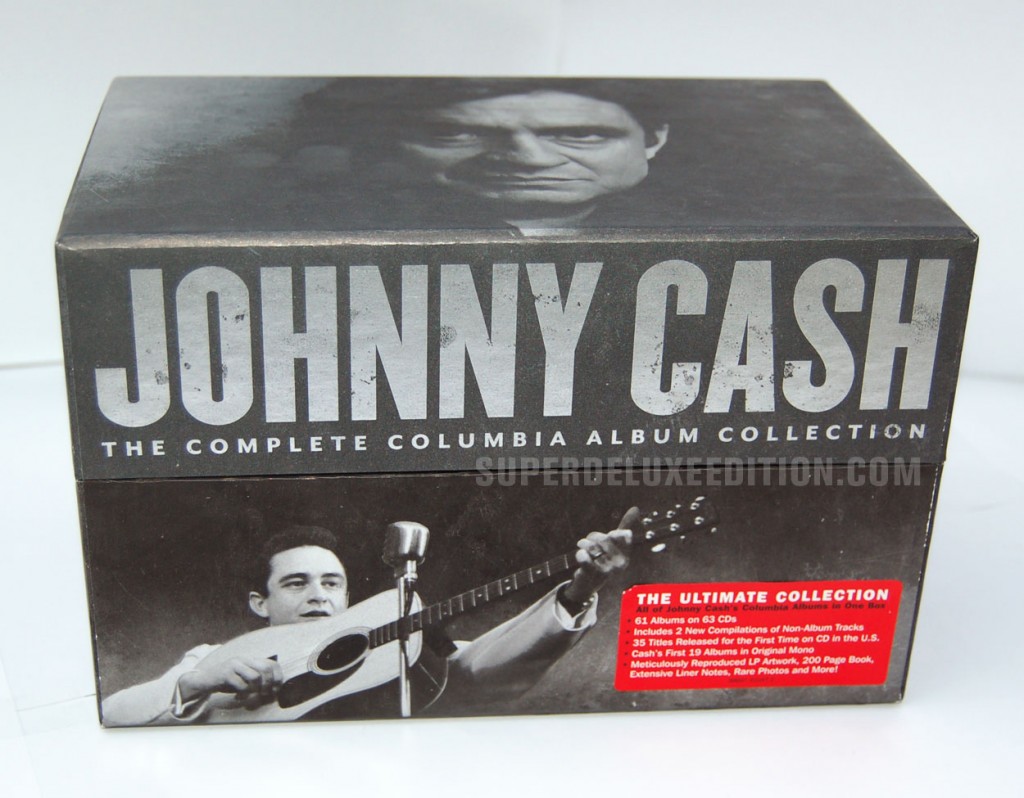 59 albums and two new 2CD compilations in this new box

If this was a movie trailer voiceover, Sony’s new 63CD Johnny Cash box set might be described as the ‘box set event of the season’, but it’s not, so we’ll put Hollywood hyperbole to one side and just emphasis that this is one beast of a collection.

It includes 59 Columbia albums (35 seeing a CD release for the first time in the US) with the first 19 being presented in mono for the first time on CD. In addition, two new compilations are included, The Singles Plus, a 55 song collection of singles and guest performances on other artists’ albums, and Johnny Cash With His Hot And Blue Guitar, a 28 song collection of single and non-single tracks released during his Sun Record years.

Each album comes in a vinyl replica sleeve with gatefolds being used where necessary to replicate the original designs. A 200-page booklet is included with full discography details and album credits, as well as a 5,000 word essay by Rich Kienzie.

The box itself has a very stylish metallic sheen and although heavy, is surprisingly compact given the breadth of the offering.

Johnny Cash: The Complete Columbia Album Collection is due for release on 4th December. 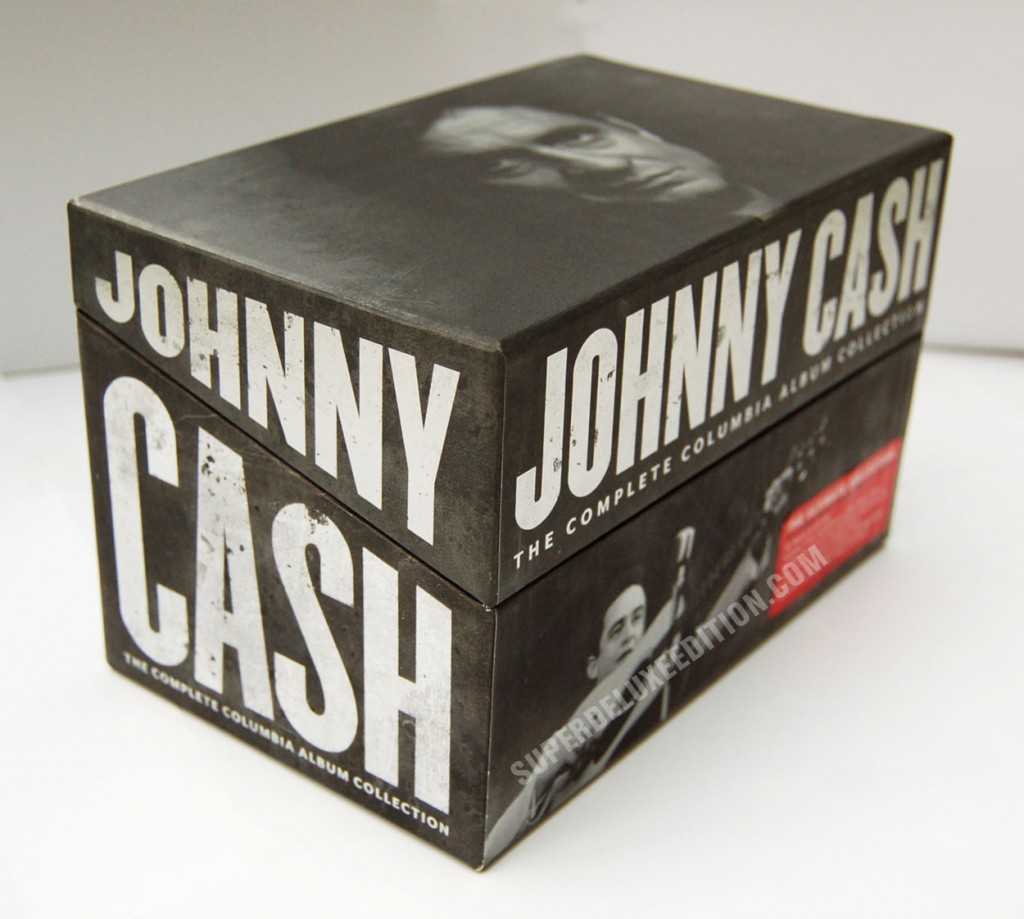 Box has impressive design and finish (click to enlarge) 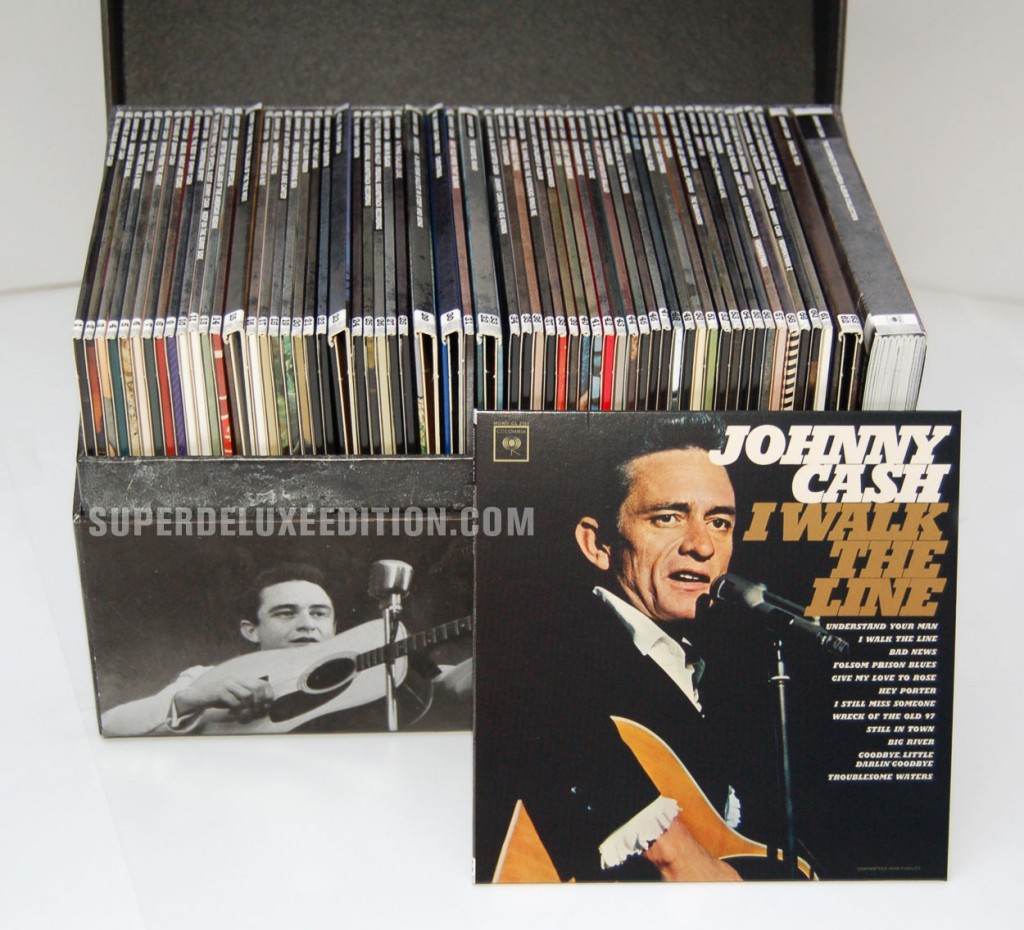 CDs are presented in vinyl replica sleeves (click to enlarge) 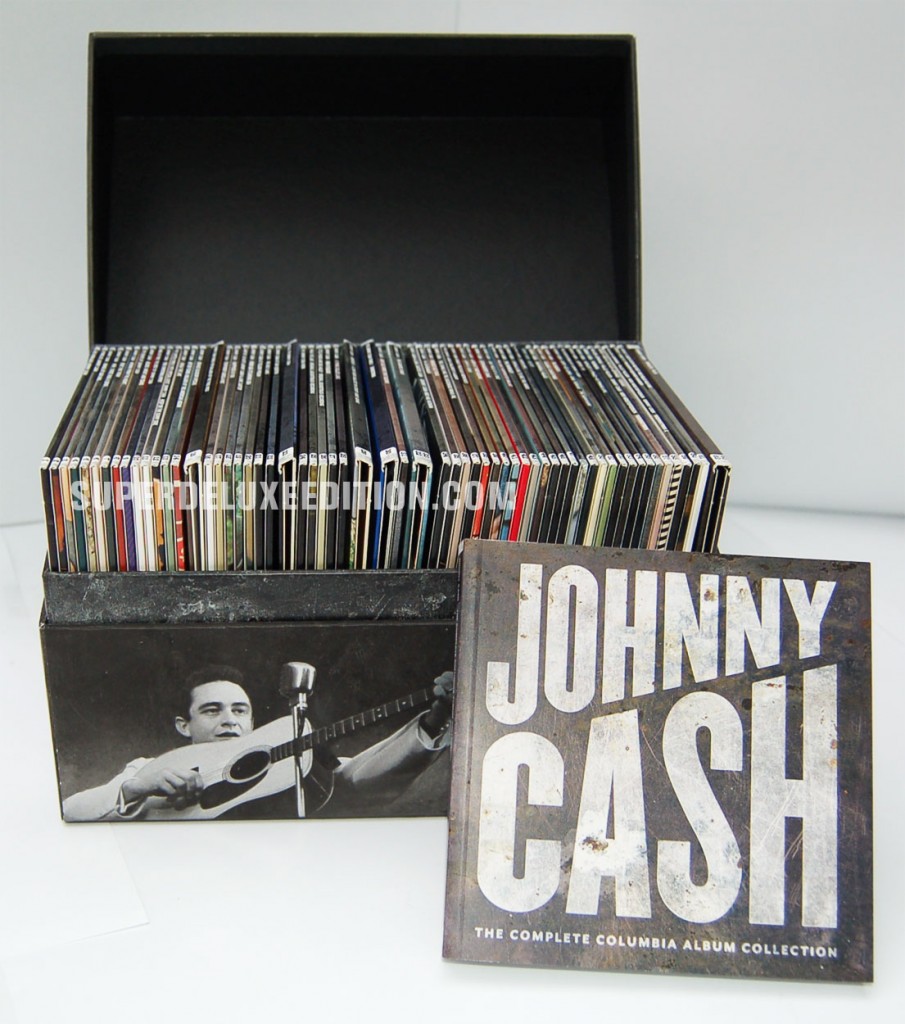 Open box with booklet in the foreground (click to enlarge) 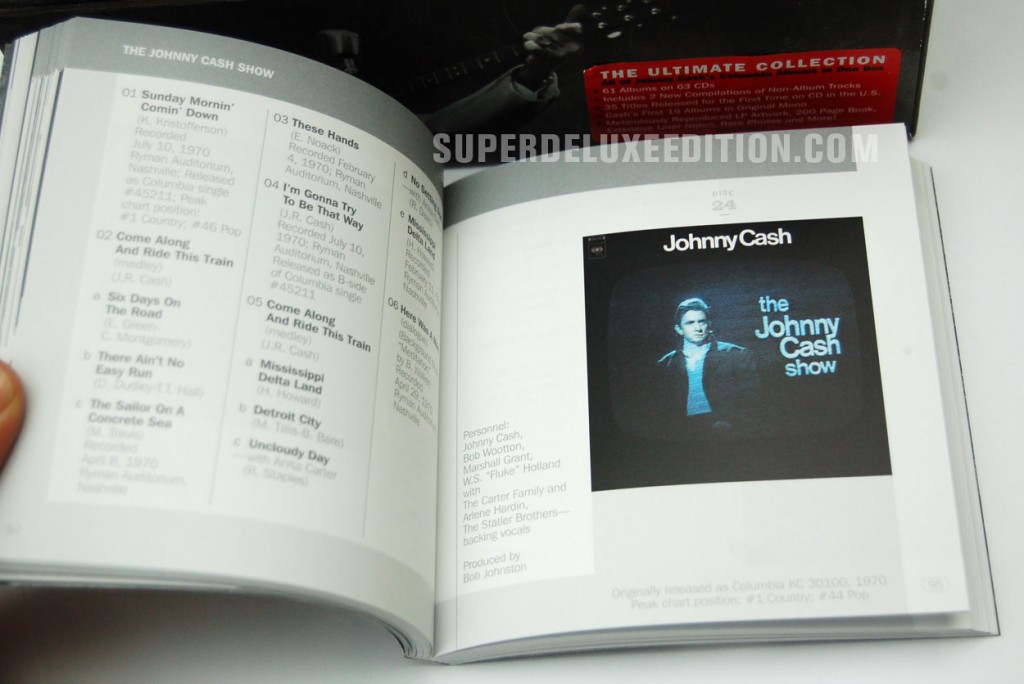 “Singles Plus” compilation is a 2CD gatefold 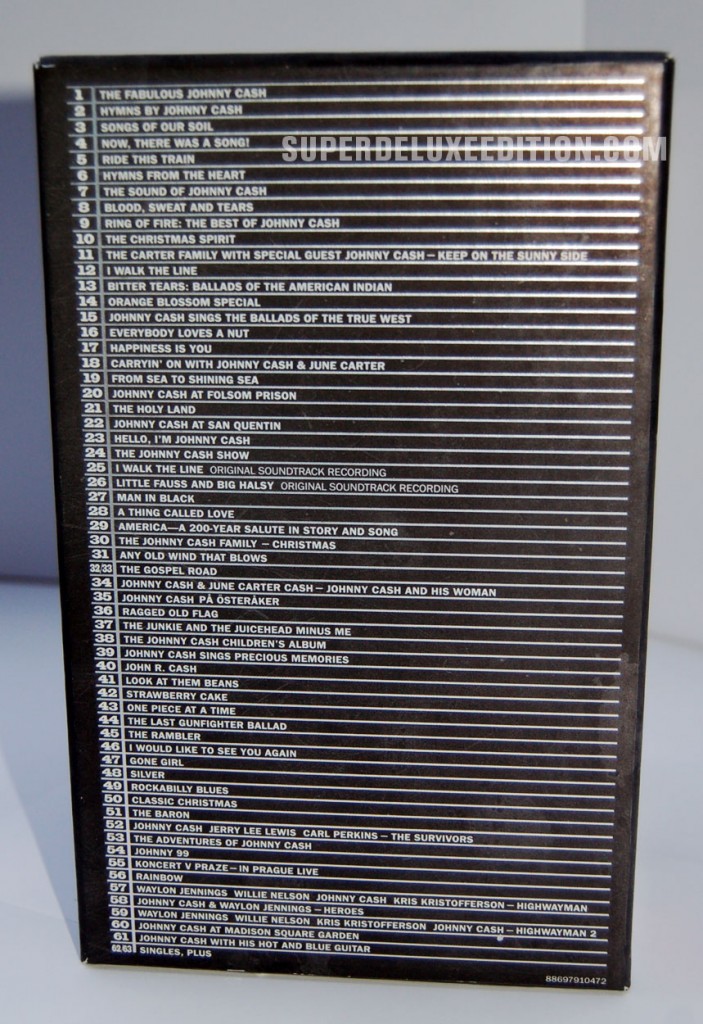