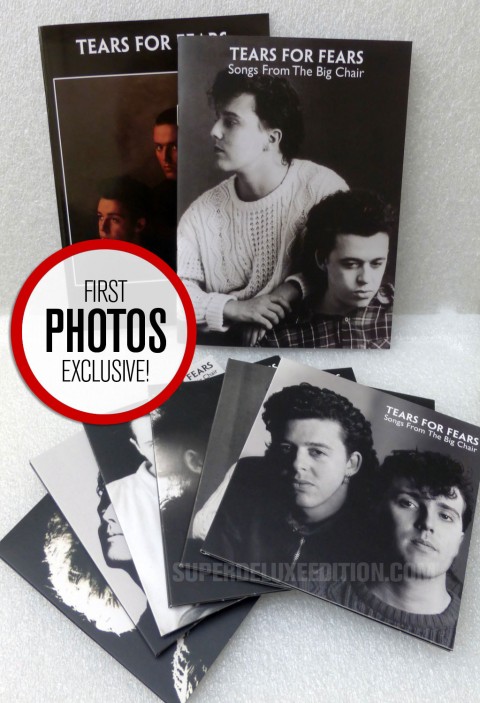 Out today is the Tears For Fears Songs From The Big Chair six-disc super deluxe edition box set (along with other formats).

Especially for SDE readers, here is an exclusive photo gallery to give you a feel for this set. Each disc is packaged in a gatefold card wallet and period artwork and logos are present and correct. The box comes with a 28-page replica souvenir tour programme and a 32-page booklet with new interviews with the band and a full guide to the bonus tracks.

This set comes with two DVDs one of which contains promo videos, Top Of The Pops appearances, the Scenes From The Big Chair documentary and the other (audio only) with three versions of the album on hi-res audio (original mix, 2014 stereo mix and 5.1 surround mix). More details on the reissue here.