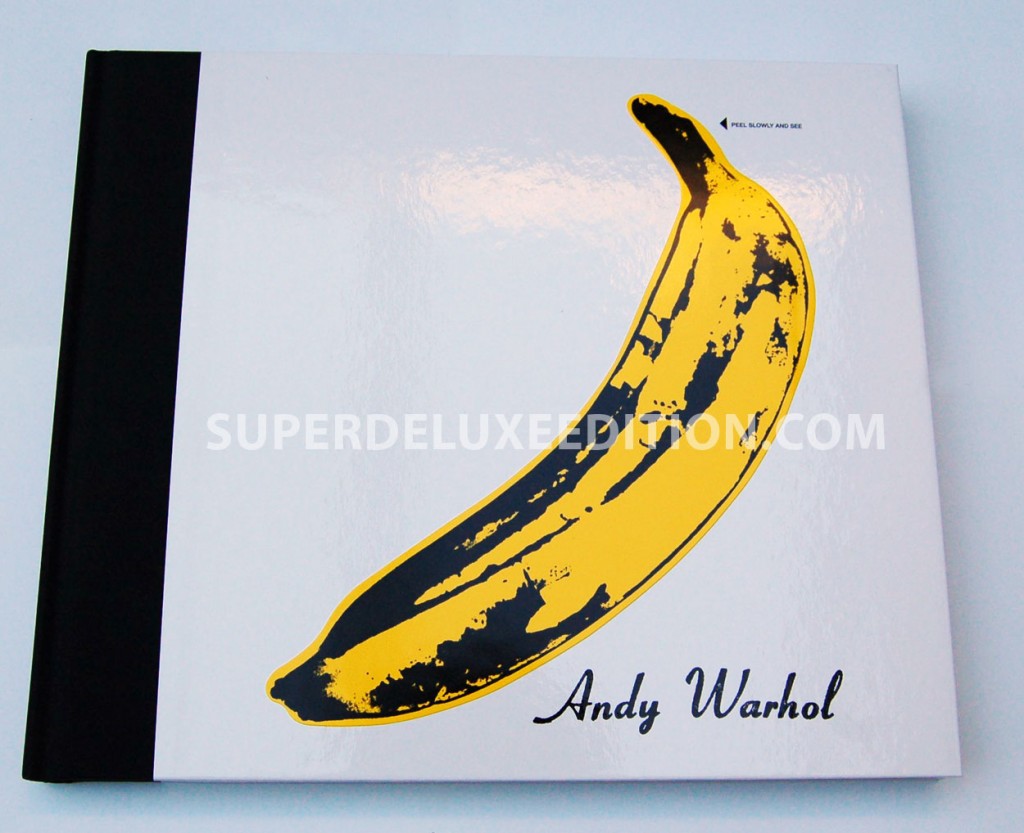 The Velvet Underground & Nico 45th Anniversary Super Deluxe Edition is released this week (North America and Canada, next week) and here we bring you some exclusive pictures of this new set.

This edition is simply a very elegant 92-page book, with the six CDs contained within two thick pages at the rear. The book itself is just under 12 inches wide but only ten inches high, which makes it much easier to hold and read than the large 12 x 12-inch books, such as the one included with the Sex Pistols Never Mind the Bollocks… super deluxe edition.

Although the content within lacks any contribution from the likes of Lou Reed or John Cale, the essay by Richie Unterberger (VU author/expert) is a detailed and fascinating look at how the album came to be, and the sessions and movements of the band during that period. Superb photos enhance his words.

The only let down with this presentation is the way the discs are stored. Although it has become fairly standard to have discs housed in pockets glued to strengthen leaves within these books, there is something rather inelegant about this solution and someone really needs to come up with a better way to house discs within a book soon. I know that many fans don’t like the ‘rubbing’ of the discs in these pockets and some have reported scratched CDs as a result.

The music within will be looked at on another day, but this book feels superb in the hands, and for once a truly influential record deserves this treatment. The volume is both tasteful and serious in approach, which is what you’d expect with The Velvet Underground.

What I really want to know is can I risk ‘peeling’ the banana on the front? 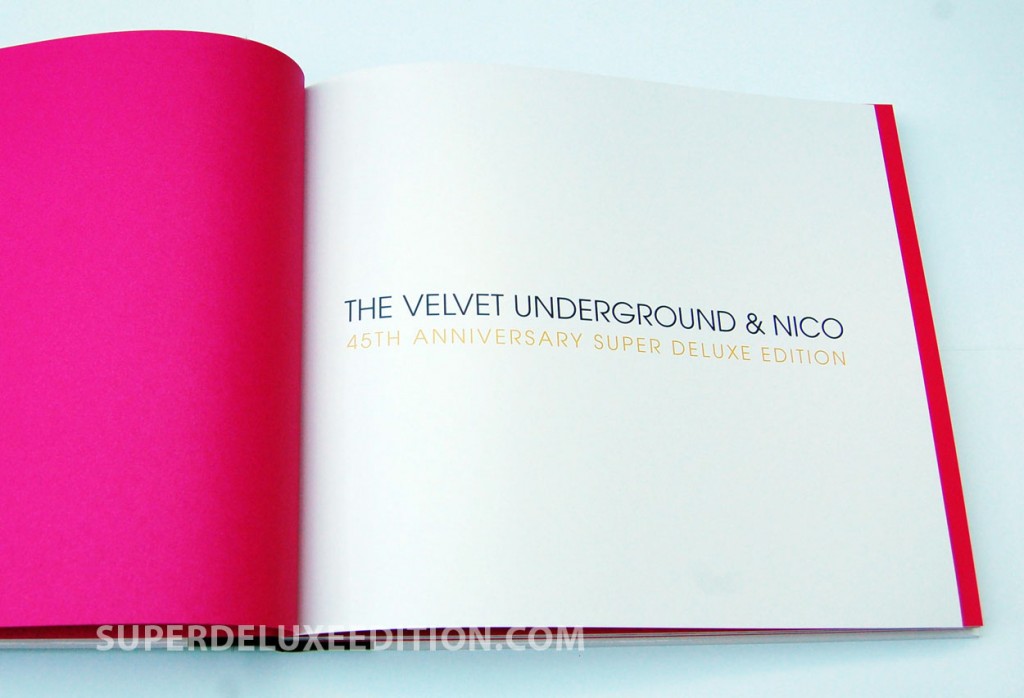 Disc storage not the best…

This is apparently a ‘limited edition’