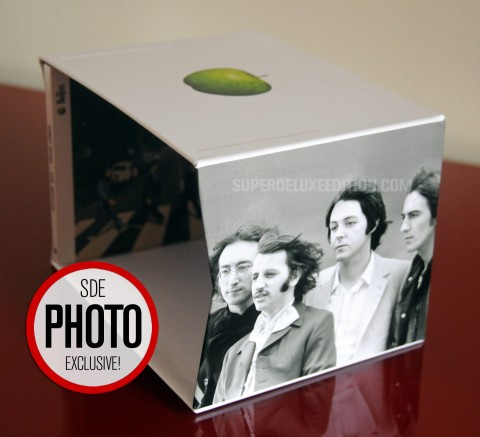 Italian newspaper Corriere della Sera has recently started a big Beatles promotion where they are supplying their readers over – the next weeks and months – with the entire Beatles canon and a unique box set which will hold a total of 22 individual titles (and 26 discs!). We have an exclusive photo gallery of this new set for you to view….

Each individual Beatles album will be made available from Corriere della Sera newstands each week (at a price of €9.90 – or €12.90 for doubles) or alternatively they can be ordered online but they will only ship to Italy (dang!) 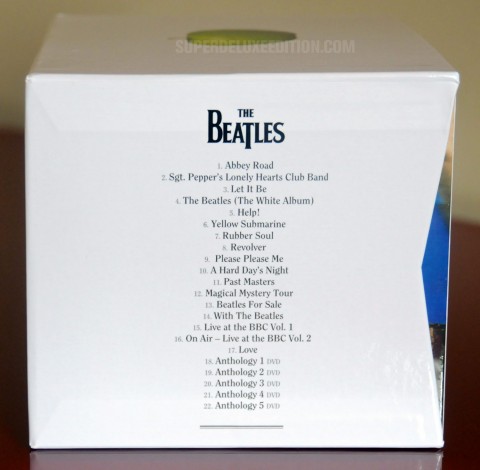 The process started a few weeks ago and the first album, Abbey Road, came with the ‘free’ box set. The next two have been Sgt Pepper’s Lonely Hearts Club Band and Let It Be.

What’s really interesting is that this box will not only hold the familiar complete studio output from 1962-1970 (including Past Masters) but it will also include both remastered Live at the BBC volumes, the Love album, and the Anthology DVDs! This will be the first time the DVDs of the somewhat forgotten TV extravaganza will available separately, having been issued as a complete box set back in 2003. They will also of course be issued in CD-style digipacks. Curiously, the Anthology CDs are absent, perhaps because they are currently almost 20 year old masterings.

In Italy these newspaper tie-ins are quite frequent and as reported by this blog a similar (but smaller) set of The Beatles’ CDs were issued by La Repubblica a few years back.

Special thanks to our friend Iuri Martelli for supplying these great photographs.