Glossy four leave gatefold content to the right, slipcase to the left

Eric Clapton‘s 1977 album Slowhand was one of the last super deluxe edition box sets to be released last year when Universal snuck it out in mid December.

The big box doubles the standard deluxe edition’s two discs, by including a DVD with hi-res stereo and 5.1 surround sound (not lossless), and including the Hammersmith Odeon gig from 27 April 1977 in its entirety. It also comes with a 12-inch vinyl version of the album (full spec here).

The box itself has a very nice textured slipcase, but just when you thought these sets were getting predictable, a big surprise awaits when you try to extract the contents. The glossy twelve-inch leaves which hold the booklets, CDs and vinyl, pull out far enough for you to turn them over but are attached to some inner mechanism within the slipcase that prevents you from removing them completely. Very strange, and rather disconcerting.

To be honest, it doesn’t really work. You suddenly have a 24-inch wide object to deal with, with the slipcase attached to your left, like some kind of limpet, as you browse through the various elements of this edition. Two of the leaves are effectively ‘pockets’ for booklets and they won’t lie completely flat when you turn them over, which is a little irritating.

Despite the imperfect design, the printed material such as the booklet; reproduction tour programmes, and Pete Frame family tree are all rather good, and even though they have failed to provide the 5.1 on a Blu-ray, at least 5.1 was on the agenda, and the stereo mix is of course hi-res. 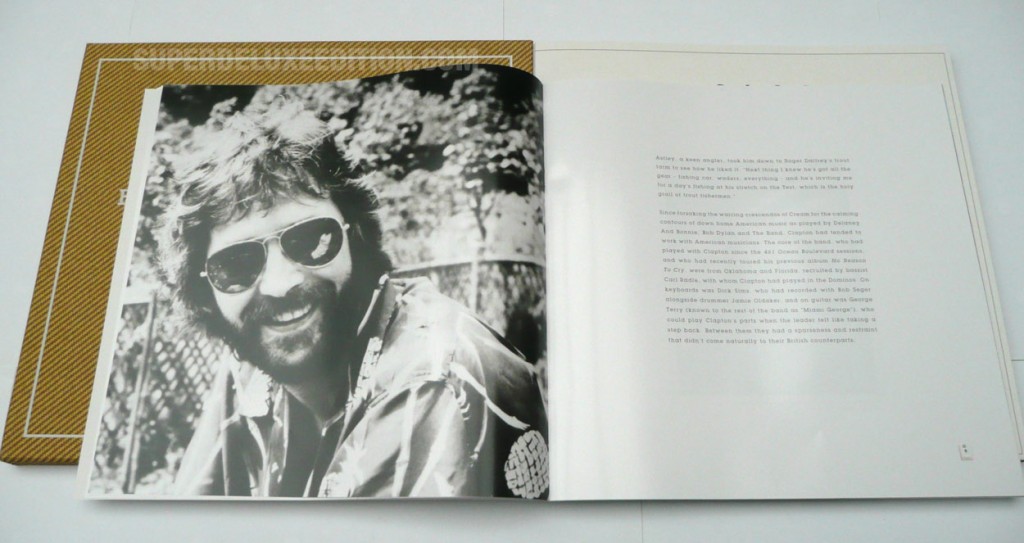 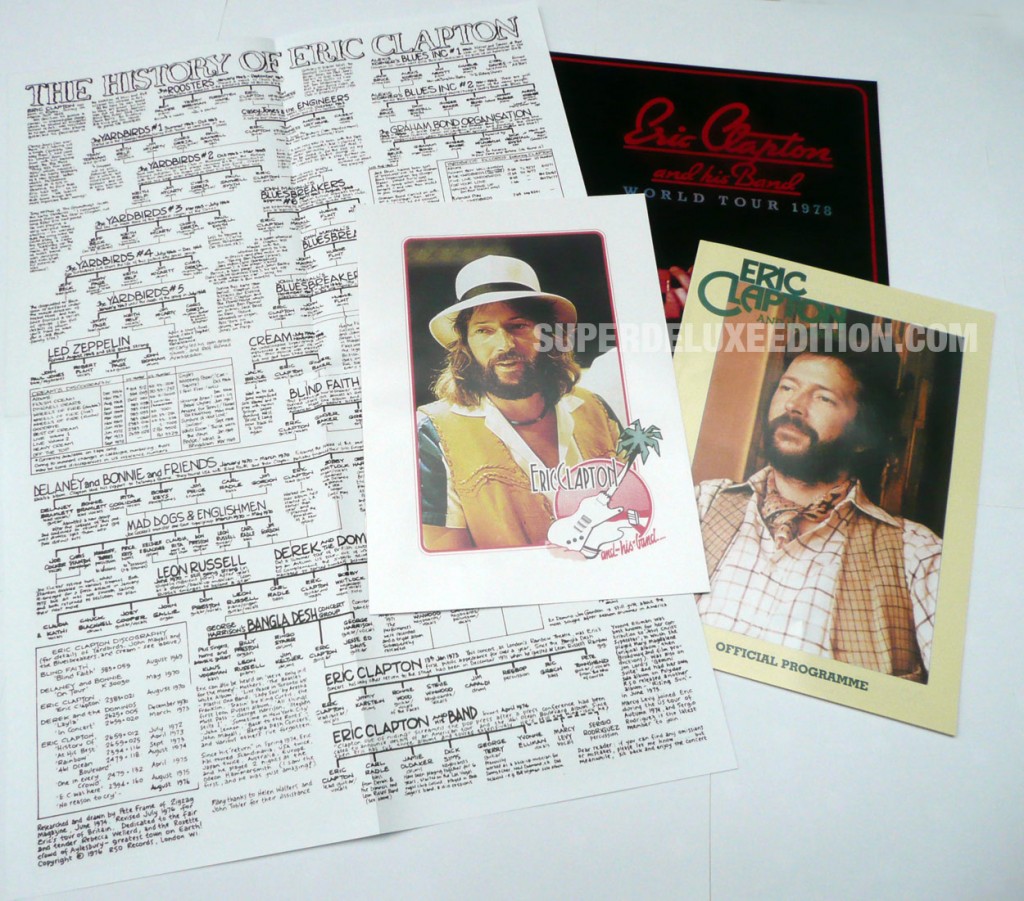 Bizarre packaging doesn’t allow the contents to leave the slipcase! 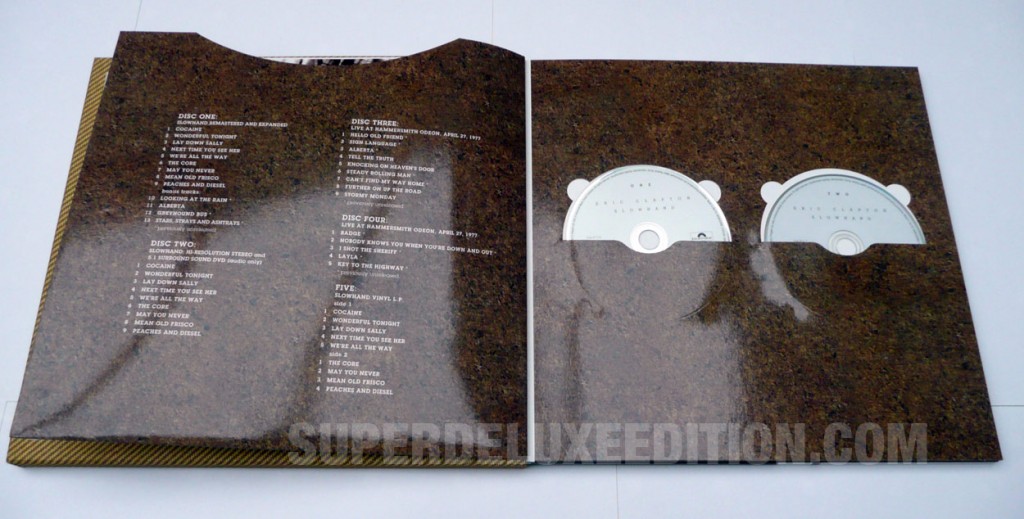 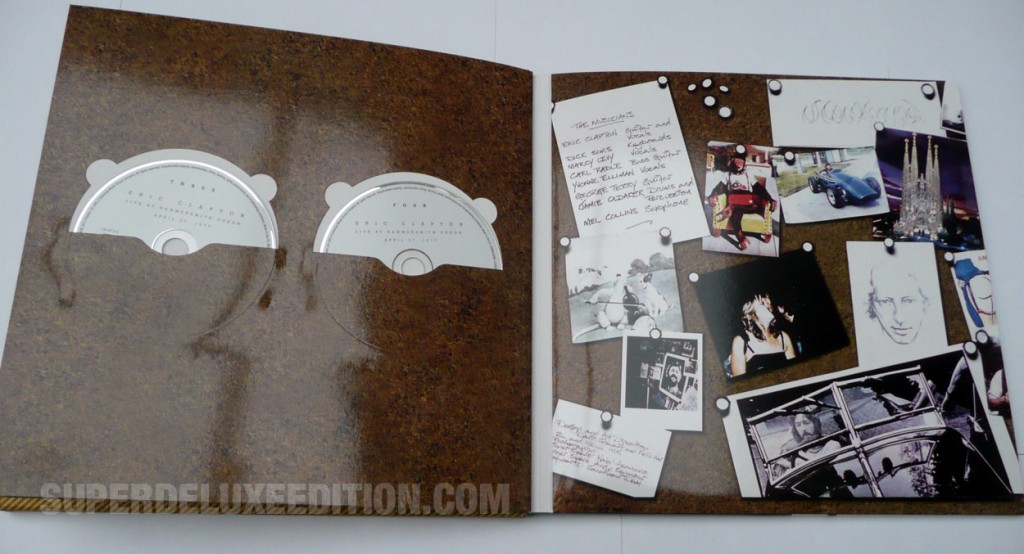 Final two discs on the left (click to enlarge) 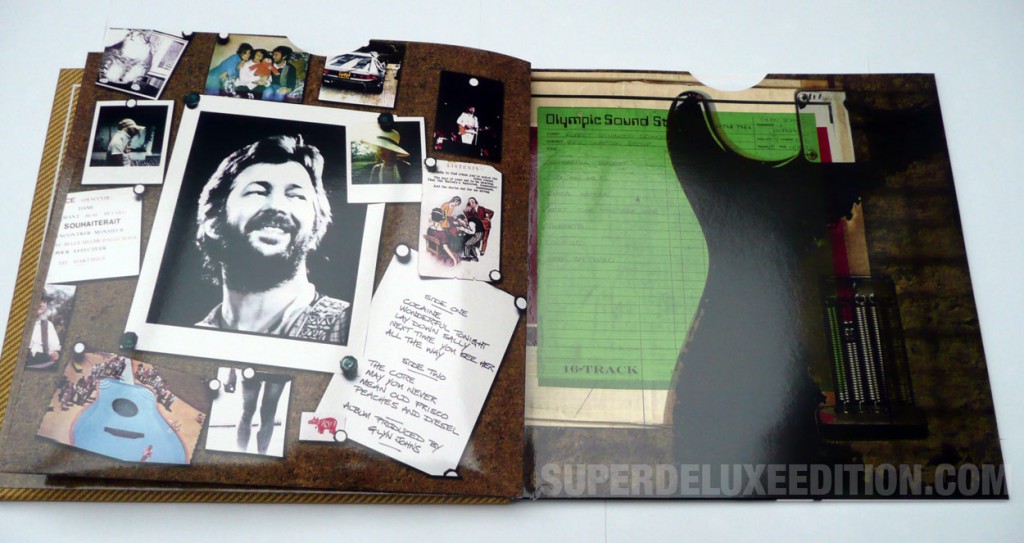