The Kinks Live at the BBC / Photos

September 20, 2012 by Paul Sinclairtags: The Kinks

The Kinks Live at the BBC is a six disc box set released by Sanctuary/Universal in August. The set is collated from all of the BBC-owned Kinks recordings that still exist in the archive – in total 131 tracks. Also included is a DVD with appearances on Top of the Pops and The Old Grey Whistle Test, as well as concerts from throughout the band’s career. This limited edition set appears to have sold out as it is already commanding high prices on amazon. 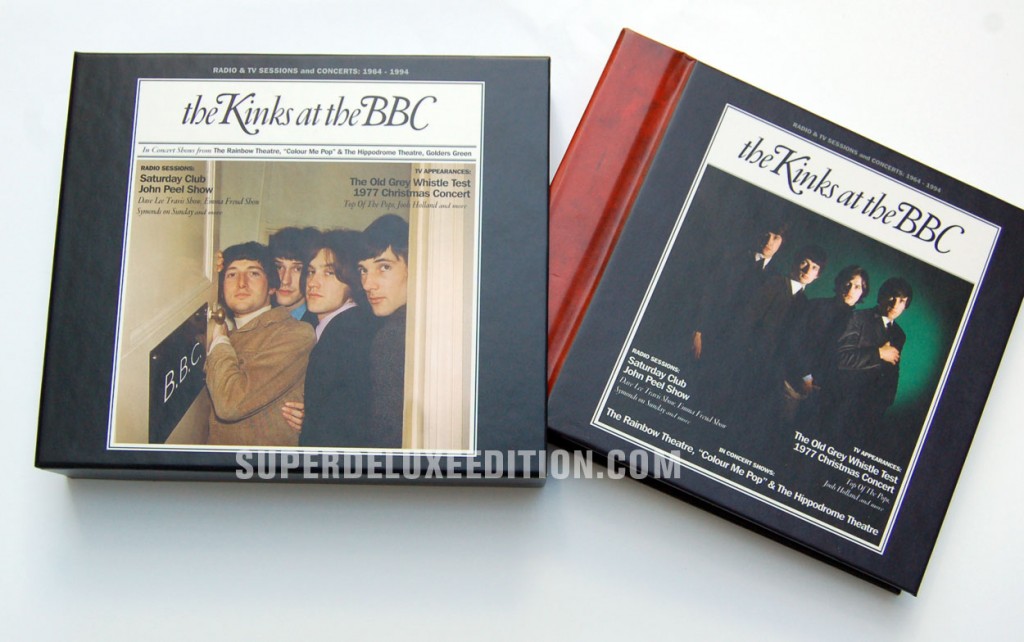 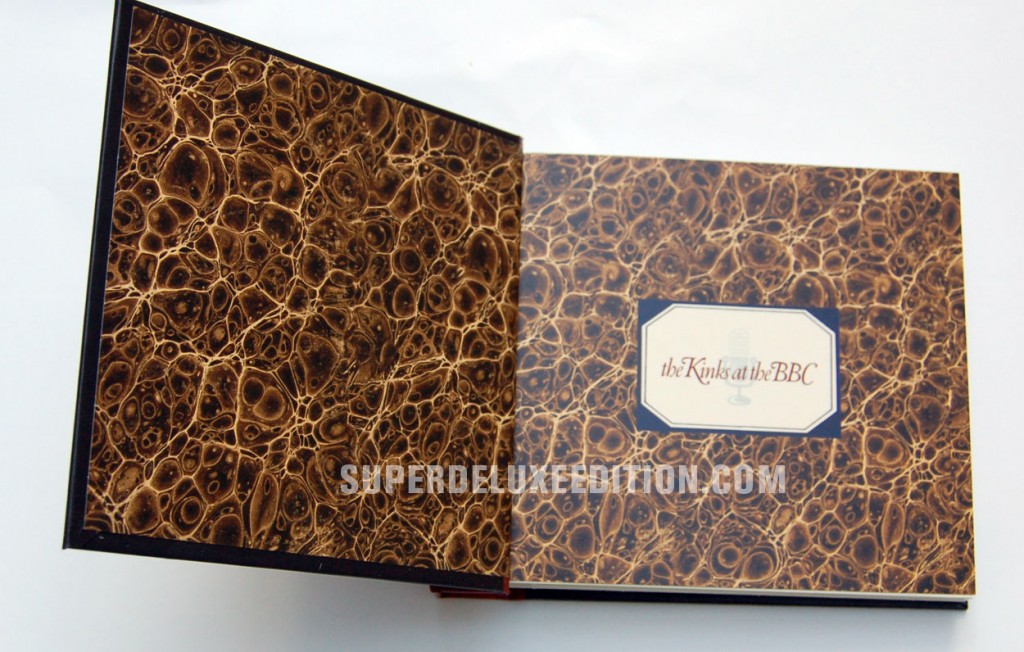 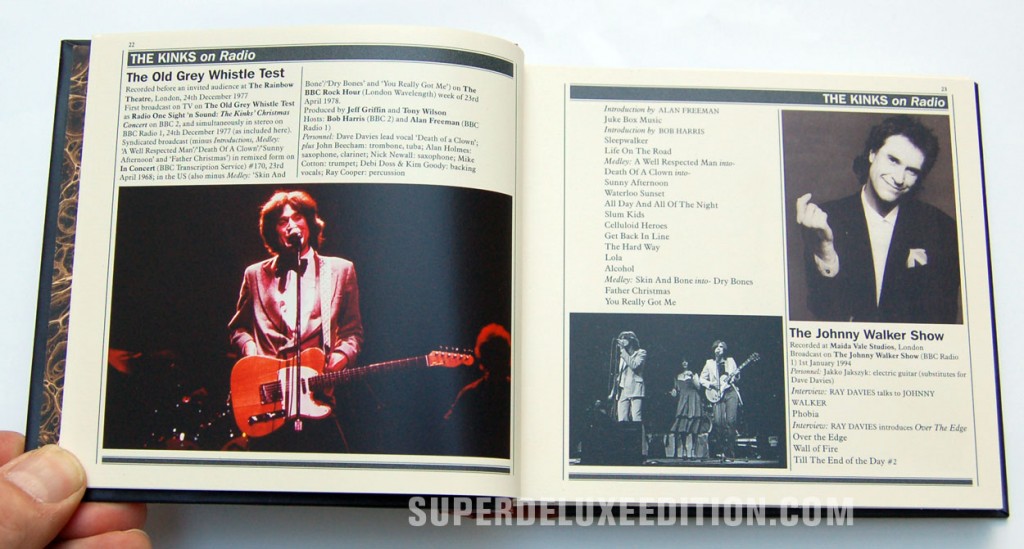 Design is made to look like an old BBC listings magazine, Radio Times 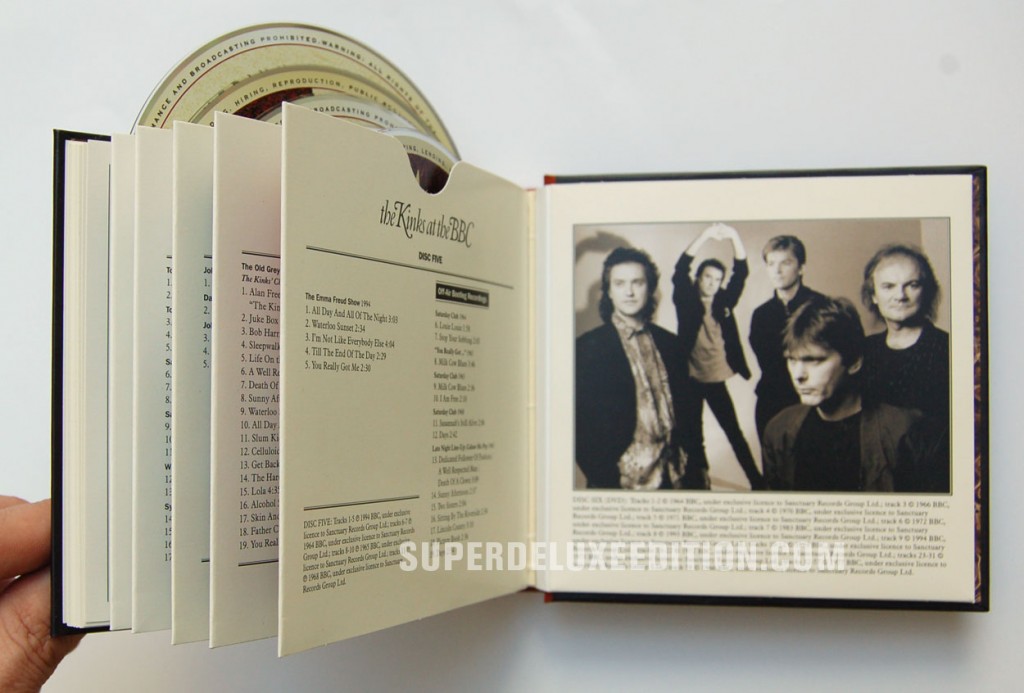 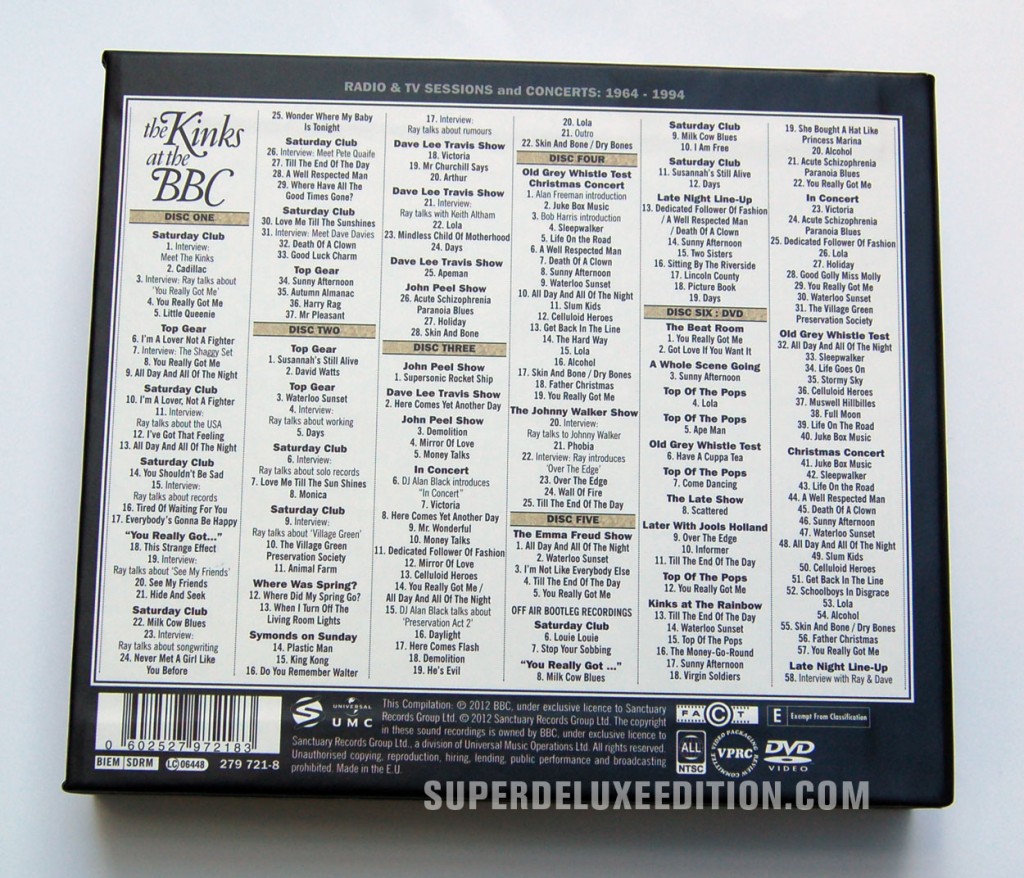 Five CDs and a DVD

One response to The Kinks Live at the BBC / Photos