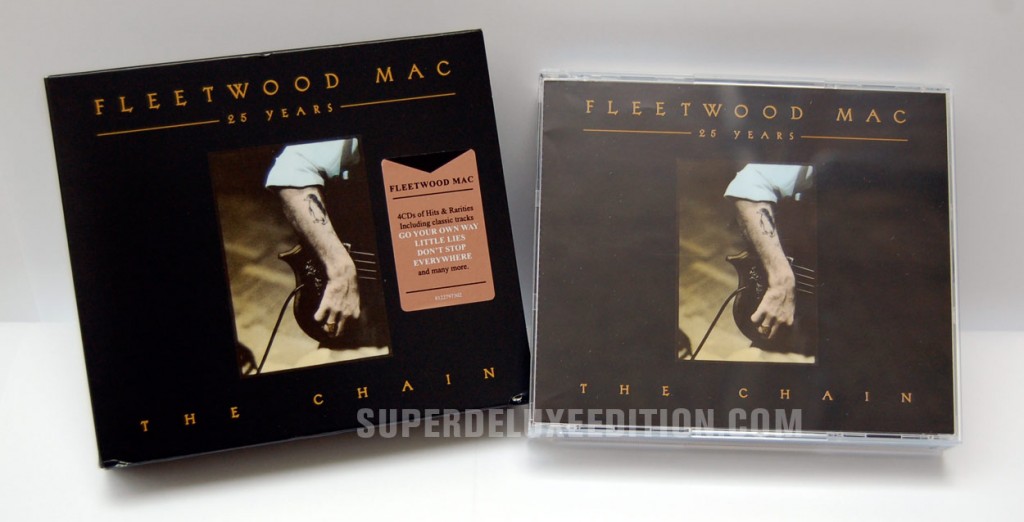 The Fleetwood Mac box set 25 Years: The Chain was originally released in November 1992. Back in those days you’d expect to pay well over £40 for this set, but last week it was reissued by Rhino in new double CD ‘fat box’ packaging and on sale for an incredible £12.

It seems that Rhino have gone for a very aggressive pricing strategy with some of the old Warner Bros. box sets and they have been rewarded with this box entering at number 12 in the UK album charts this week! The Rod Stewart Storyteller collection was reissued last year in exactly the same style and price, so hopefully we can look forward to more of the same for other artists on the label. 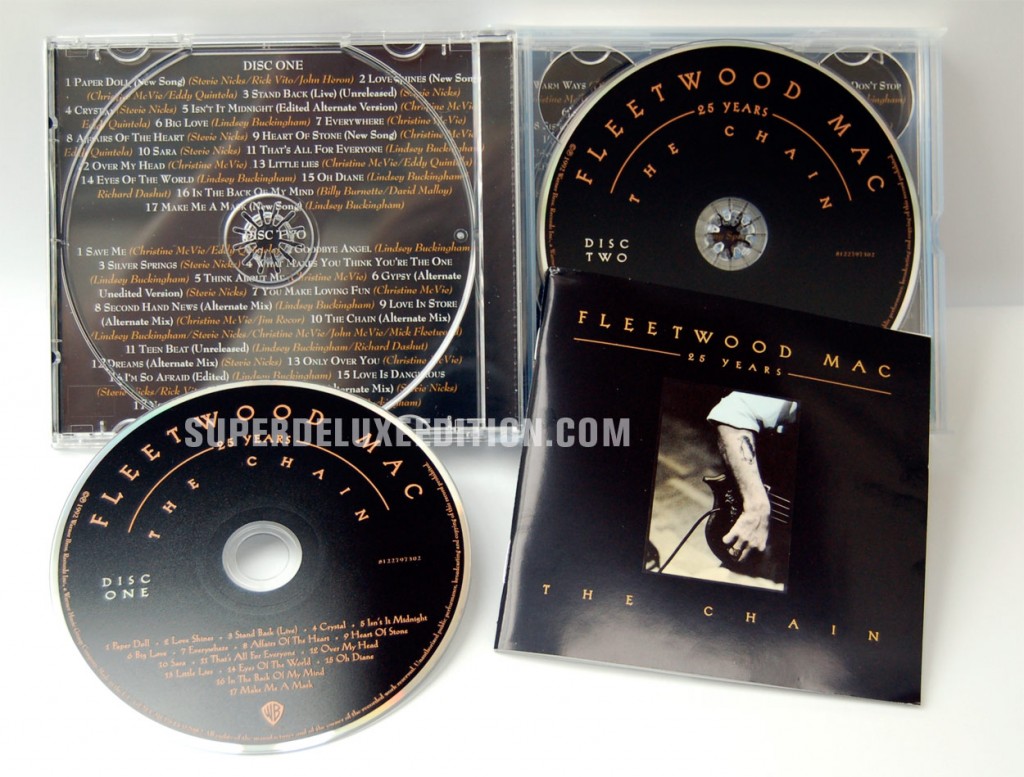 Even better, this 72-track set isn’t even particularly out of date. Fleetwood Mac have only released two rather inessential albums since it came out – 1995’s Time (the first FM album since 1974 not to feature either Stevie Nicks or Lindsey Buckingham) and 2003’s Say You Will, which lacked the voice and songwriting skills of Christine McVie, who left the band in 1998.

This four disc box set remains an excellent overview of the band since around 1974, but fans of the earlier years featuring Bob Welch and Peter Green are likely to feel a little shortchanged with too much emphasis on the Buckingham/Nicks albums. However, with the commercial and critical success of those albums it hard to criticise Warner/Rhino too much for focusing on them. 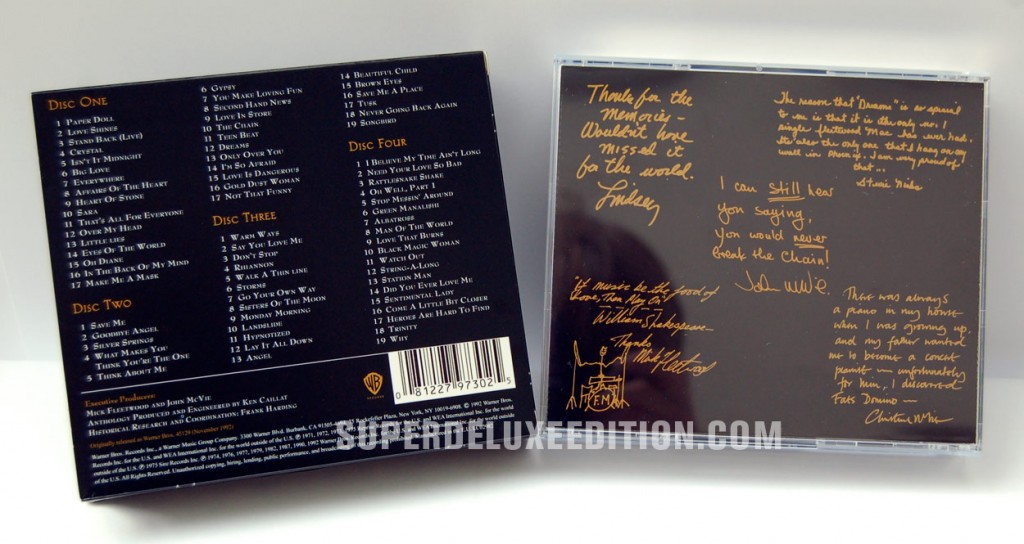 One of the attractions of this box was the inclusion of some ‘alternate takes’. They are noted below in the track listing, although many of them are very similar to the originals, and non-fanatics might struggle to tell the difference. It is not the case with Isn’t It Midnight from Tango In The Night which is very obviously different from the master studio version, and begs the question when are Rhino going to reissue that album as an expanded deluxe edition? 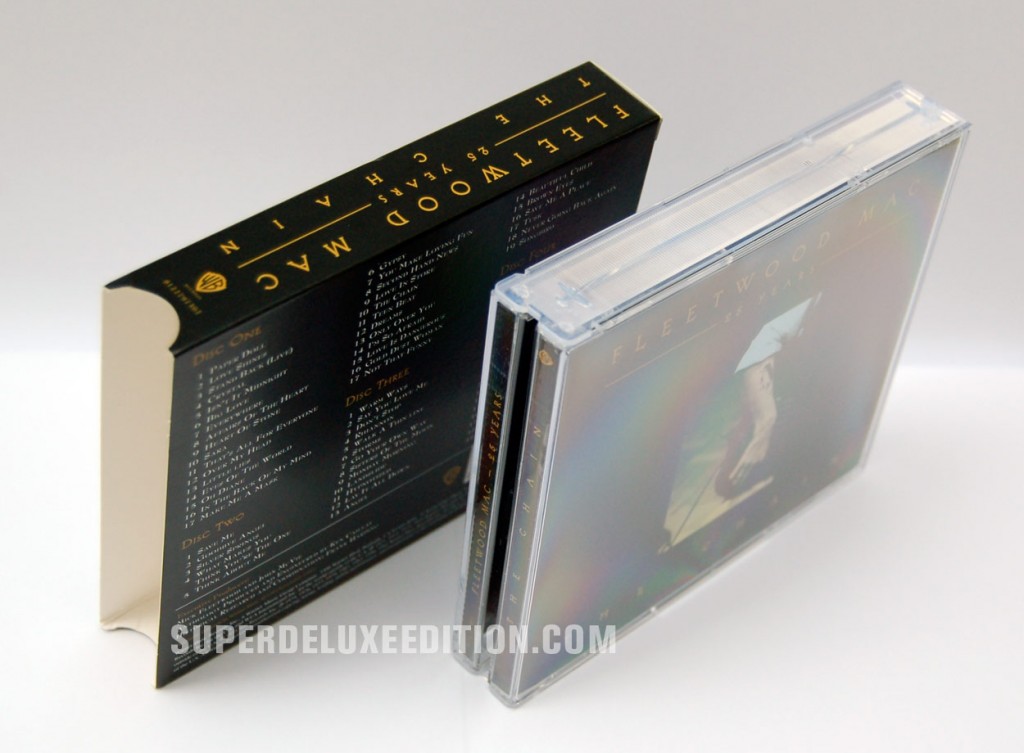 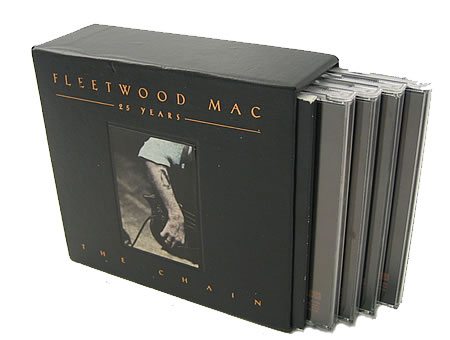 This was how the old set was packaged....