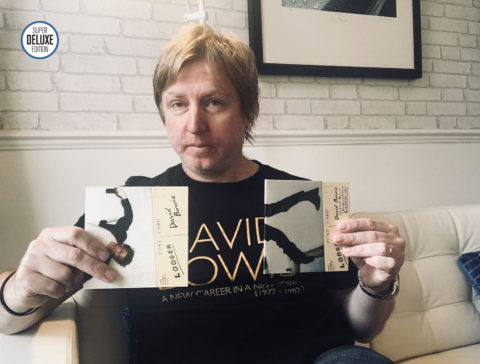 As you may be aware there are two versions of David Bowie’s 1979 album Lodger within the new box set. One is the original 1979 mix, newly remastered by Ray Staff “with Tony Visconti” and the other is a brand new 2017 remix by Tony Visconti.

Despite the credit, the original mix is effectively remastered by Tony Visconti with Ray there to assist from an engineering point of view and basically twiddle the knobs. Tony is the one making the decision on sounds, EQ etc. This remaster was carried out on a digital 192/24 file taken newly transferred from the original master tape.

The remix is a different beast. This is Tony Visconti going right back to the original multi-tracks and newly remixing the entire album. Unlike the remaster, he has the ability to change levels of individual instruments or vocals and add EQ/compression/effects to any individual ‘track’ within the multi-track recording. He can also move things around the stereo field from left to right. The remix was started while David Bowie was still with us and with his approval. Unfortunately, it wasn’t completed at the time of his death.

This review directly compares the remaster to the remix and regularly refers to the old 1991 Rykodisc remastering (the ’91 EMIs should sound identical to those).

A recent discussion on the SDE Facebook page revealed that Fantastic Voyage was many readers’ favourite track off of Lodger. Tony Visconti has done a very good job on the remix and for the first minute or so there doesn’t appear to be an obvious difference. The “we’ll never do anything nice again, WILL WE?” line is clearly different though, with the remix having lots of reverb added, whereas the original, Bowie’s ‘we’ just ends fairly cold. The same treatment is given later on to the ‘HOW CAN I?” ending. The lead vocal in the remix sounds a tad lower and with more space/air around the instrumentation it sounds less like Bowie singing ‘on top’ of the music and more singing within the arrangement. The 2017 remaster is quite bass heavy. A comparison with the 1991 Rykodisc mastering confirms this, although you could argue that the old disc now sounds a bit ‘thin’ (I’ve always enjoyed it). The 2017 remix is also has plenty of bottom end, but – presumably because it’s a remix –  the mid and high range frequencies cut through the bass better than the remastered original mix. It’s less muddy. For that reason I think I prefer the remix to the remaster.
Winner: 2017 Remix.

The first 25 seconds of this track on the remix sound amazing, but then you listen to the remaster and realise it sounds amazing on that too! In terms of the 2017 remix, like Fantastic Voyage, the lead vocal feels a fraction amount lower in the mix and there’s more clarity on the words. Bowie’s voice appears to have less bottom end on it (which sounds better). The backing vocal line about “the dollar went down” comes in a bit louder on the remix than on the remastered original. On the chanty “Asanti Habari Habari” bit, Visconti opts for some call-and-response with the left and right channels on the remix, whereas that’s rooted in the centre on the original mix. Again, it works quite well. A listen to the Ryko is a surprise, because the vocals have much more clarity then the 2017 remaster. Like Fantastic Voyage the bottom end on the remaster isn’t necessarily doing great things for David’s voice, which is, after all, the most important instrument in the mix. The remix seems to meet nicely in the middle, which is why I prefer the remix over the remaster for this song.
Winner: 2017 Remix.

The first mis-step for the 2017 remix. The opening line of Move On is simply too low in the mix. It’s very weak sounding, compared to the remastered original, and and also means that when David sings “move on” after “pack a bag” it sounds too loud. On the original, the levels are about the same, so you don’t experience any change in volume. Also, that sound in the left channel that is a bit like a jet engine is missing from the beginning section of the remix (or is just too low), so some of the subtlety of the original mix is lost. The remix has some delay/echo on the “trick of the mind” line and the “place like that”. I don’t think Visconti’s treatment of David’s lead vocal is really an improvement and the second half of the song feels a bit messy with lots of reverb/echoey tricks on bits of vocal. A listen to the Rykodisc mastering underlines quite how much bass has been added to the new remaster. I don’t really like the remix, so I’m giving this to the 1991 Ryko remaster, which just sounds more pleasant and easier on the ears than the new 2017 mastering. So three tracks in and the 2017 remaster isn’t my preferred version for any of them…
Winner: 1991 Rykodisc Remaster 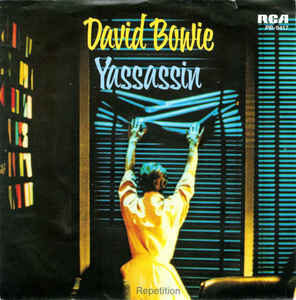 The first 30 seconds sound great on the remix. The bass is nicer than on the remaster which again sounds too big. However, I don’t know what Tony has done with Bowie’s lead vocal but the result is that I feel that some of the ‘grit’ has gone from lines like “I’m not a moody guy / I walk without a sound”. It sounds a little bit more processed and less ‘real’ than the original, which isn’t really a good thing. Everything on the remix probably sounds better, except Bowie’s vocal. I prefer the drier original. Interestingly, on the outro at around the 3.55 mark there’s a new bit of David vocal that isn’t present on the original. The remix is almost great, but not quite. A quick comparison of the Ryko with the 2017 remaster and in my view 26 years hasn’t made this sound better on CD. The Ryko wins on points.
Winner: 1991 Rykodisc Remaster

The remix sounds great, but I prefer the vocal on the original mix. Also, I gave the Ryko a spin and in fact for once it didn’t sound superior. I think the 2017 remaster version of Red Sails is actually the best version.
Winner: 2017 Remaster 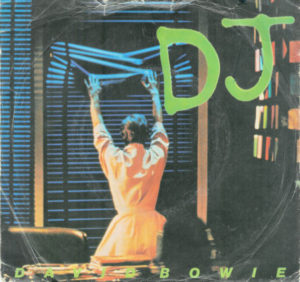 This is no contest. Tony Visconti’s remix is spectacularly good. The high-hat on the drums comes through crisply and really helps drive the track whereas it’s somewhat buried in the slightly murky remaster. The remix sounds perfectly balanced and the bass is spot on. For once, the vocals are also excellent on the remix. I’m starting to sound like a broken record here, but the remaster just has too much bottom end. Flipping back and forth between the remix and the remaster really demonstrates that clearly. Going back to the Ryko it’s not bad, but does sound a bit thin. You can understand why they wanted to ‘up’ the bottom end on the 2017 remaster, but it feels like they’ve overdone it.The Tony Visconti remix makes you love this song all over again.
Winner: 2017 Remix.

Look Back In Anger

Powerful intro sounds great on both remaster and remix, although the latter does have more clarity. As with Fantastic Voyage the vocals seem to sit more within a 3D soundscape on the remix, whereas the original the vocal is a bit more booming and sung ‘over’ the music. The extended guitar break from about 1.20 to 1.50 feels a little bit submerged in the remix, particularly the end section and I think I might prefer the remastered version for this part of the song. Those noises (towards the very end) that sound like a car alarm are much clearly on the remix, but this is one occasion where by unpicking the individual threads of the music and putting them together again I think the remix has lost some of the spirit or ‘vibe’ of the original and therefore I’m going with the 2017 remaster for Look Back In Anger.
Verdict: 2017 Remaster 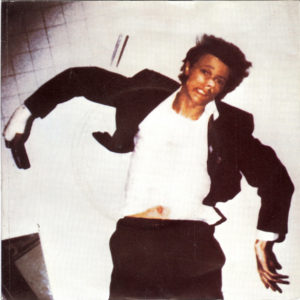 Fairly noticeable changes on the remix. It starts differently, for a start, with a cymbal sound not present on the original. There’s more separation and depth to the music on the remix but it slightly detracts from Bowie’s deliberate low-key vocal performance which doesn’t dominate quite as much as it does on the original mix. The pumped up bass suits this song which is driven by drums and bass. Between the Ryko (which is a bit weedy), the 2017 remaster and the 2017 remix I’d go with the remaster.
Winner: 2017 Remaster

FAR too much bottom end in the remaster, for me. The percussive elements (that noise the sounds a bit like a typewriter) is quite a bit higher in the remix than on the original which takes a bit of getting used to. However like DJ, I think Visconti’s new remix sounds fantastic. You can hear all the individual elements working alongside or against each other and it’s fascinating. The remaster is rather swampy.
Winner: 2017 Remix.

Overall, the 2017 Tony Visconti Remix ‘wins’. Five tracks, from the ten-track album, I prefer on the remix. The 2017 remaster gets the silver medal with three tracks ‘the best’, while there’s only a couple on the old Ryko that really stand the test. In some ways it’s not a fair contest, with the remix offering Visconti the ability to be able to basically do whatever he wants. It’s as if the remixed Lodger is on steroids or some other banned performance enhancing substance while the remaster is competing ‘clean’!

It’s no mean feat, creating a successful remix of Lodger, since having listened to the album quite a lot for this piece, you remember quite how much is going on in each track. The work must have been challenging and probably quite tedious at times.

The one pertinent point from all of this, picking up on yesterday’s post about the remastering in general, is that the levels of bass with the remaster and the remix don’t match. The remix isn’t as bass-heavy. Which suggests that the remix demonstrates Visconti’s IDEAL level of bottom end, whereas the remaster is a bit of a compromise, because adjusting low-end frequencies will impact everything, not just the bass guitar and drums. It’s this that I feel contributes on occasions to a rather ‘swampy’ sound on the remaster. If you’ve had a listen to both versions, I’d love to know your thoughts. Leave a comment.