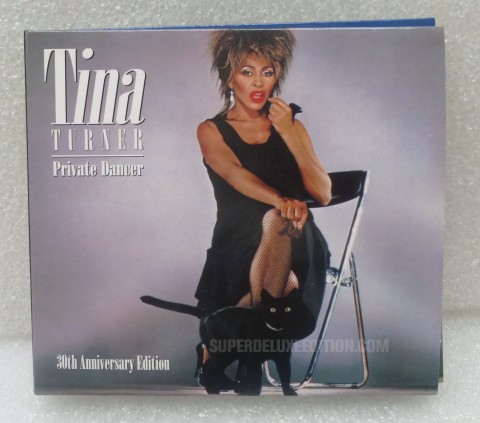 Private Dancer was massive. As Heaven 17‘s Martyn Ware, who co-produced two tracks, correctly pointed out when he talked to SDE about the album last year “at that point in recording history there were three or four albums that everybody had – I call them coffee table albums. And that was one of those.”

As is often the way with these iconic albums, the singles just kept coming, with seven in total pulled from the record across all territories. It almost became academic whether they were big hits (many weren’t), they simply kept the promotional merry-go-round turning. The three 45s everyone remembers are UK top ten hit Let’s Stay Together, US chart topper What’s Love Got To Do With It and the Mark Knopfler-penned Private Dancer. But lest we forget, I Can’t Stand The Rain was big in Germany, and even fifth-single-in-the-USA Show Some Respect snuck into the top 40.

If we’re honest, Private Dancer isn’t a Rumours, a Dark Side of the Moon or an Automatic For The People, inasmuch as there are some rather middling tracks that bask in the light generated by the really great songs. J’accuse Show Some Respect, Better Be Good To Me and especially Steel Claw. Also, unlike those other albums mentioned, Private Dancer isn’t really a work of art forged from the mind, body and soul of one person or group, it’s a manufactured product made by committee. No less than 20 writers and eight producers contribute to the 10 tracks. Even the front cover wasn’t sacrosanct. Different images were chosen to optimise appeal in the US and the UK. 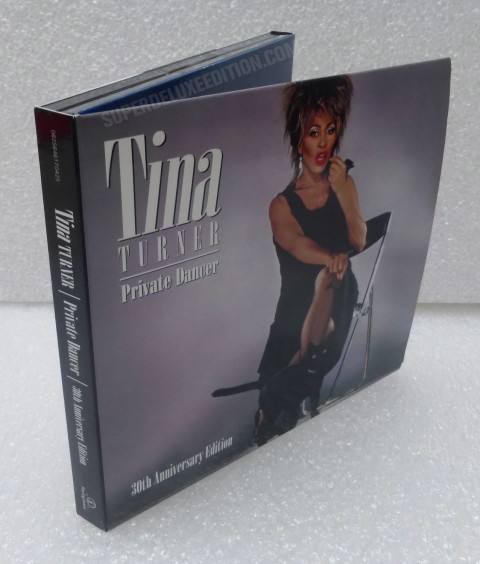 Private Dancer had enough diversity to appeal to the trucker making his way up the Alaska Highway and the housewife in the UK suburb doing the school run. It was designed that way.  The success of the singles does a great job of illustrating the difference in pop/rock sensibilities on either side of the Atlantic from both public and record companies alike. For example, the American label liked Help so much they left it off their version of Private Dancer altogether, whereas in the UK not only was it on the album (track 9 of a 10 track album) it was the second single  – which then proceeded to flop, peaking at number 40.

The US record buying public loved the chugging AOR of Better Be Good To Me, sending it high up the Billboard Hot 100 (it peaked at number 5). In Britain, there was a collective shoulder shrug and stalled at number 45. I’m not claiming UK superiority here because the excellent Private Dancer was a top ten hit in America but didn’t even penetrate the UK top 20.

One of the highlights, the Martyn Ware and Greg Walsh produced Let’s Stay Together, failed to reach the top 20 in the US but we loved it in the UK and it kickstarted the Private Dancer campaign. The only thing everyone agreed on was that What’s Love Got To Do With It was a great pop song and it was a massive hit all over the world, including America where it was Tina Turner’s only number one single.

This new anniversary edition uses the UK ten-song track listing. In terms of bonus material it is solid enough, although irritatingly incomplete. Yes, the seven-inch mix of the title track is available elsewhere, but this is a 30th anniversary edition and it surely the version-everyone-heard-on-the-radio should be here – but it isn’t. None of the other radio versions are included either. Also, the twelve-inch mix of Better Be Good To Me isn’t the 7.40 version as originally released on vinyl, it’s the same 7.04 edit that appeared on the last reissue of Private Dancer (groan). And there were three mixes of We Don’t Need Another Hero (Thunderdome) issued originally, so why in this collector’s set just include the bog standard version and deny fans the rarer Extended Version or instrumental? 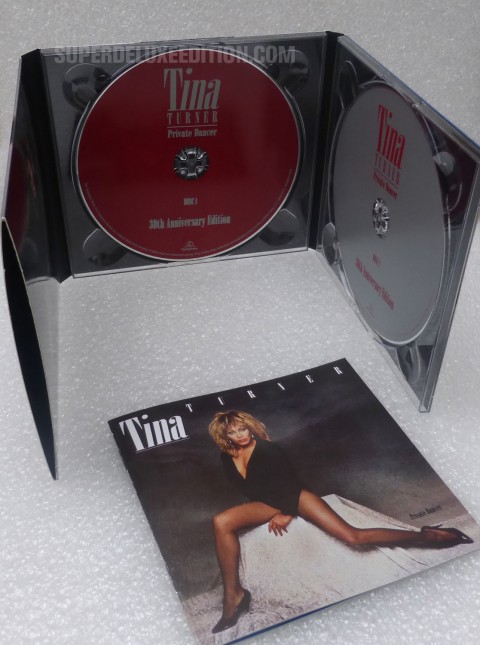 The packaging is six-panel digipack with decent photo reproduction and this deluxe settles on the UK cover art, albeit with the updated typography (first used on the 1997 reissue). The 2015 vinyl maintains the old typography.

The glossy 16-page booklet does offer the US cover on the back, but of course because it’s a digipack and not in a jewel case you can’t flip the booklet over and slot it in and ‘pretend’ you have the US version.

It’s great to hear from someone who was actually involved, and to that end Martyn Ware’s notes in the booklet are welcome, although he really just ‘talks’ you through the album in a very PR-friendly way. You don’t really learn much. For example: “Better Be Good To Me is a lovely example of the purest of storytelling-style, all  mixed up with chants, drama and pathos – you just know it will bring the house down live/ Steel Claw is an out-and-out Springsteen-esque rocker in the grand tradition…”.

Ultimately the booklet and the content itself of this deluxe edition lack any historical narrative or insight. What was Turner up to before this ‘comeback’ album? What battles did Capitol Records A&R man and producer John Carter (now sadly deceased) have to endure when pulling this together with Tina’s manager Roger Davies and the many writers and producers that contribute to the album. And why no word from Tina Turner herself, for the album that relaunched her career so spectacularly? 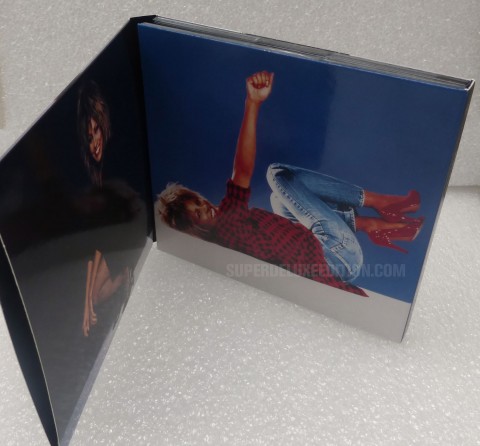 In an era where a Deacon Blue album gets a 3CD+DVD deluxe treatment and Universal Music explore Tears For Fears’ Songs From The Big Chair over six-discs (including the 5.1 mix) the ante has been upped and the game has changed.

This deluxe edition contains no demos (Mark Knopfler’s demo for Private Dancer would have been really interesting) or alternate versions, or anything unreleased for that matter. No one has commissioned a documentary (like the one on the DVD that formed part of the excellent Roy Orbison Mystery Girl deluxe). Arguably, with just eight tracks more then the 1997 expanded set, it doesn’t offer enough to justify another deluxe edition. This new two-CD set feels a little bit half-hearted – safe and unambitious. It is a deluxe edition for the mid-noughties, released in 2015.

The Private Dancer 30th Anniversary Deluxe Edition is out now. If you haven’t read it before check out the SDE interview with Martyn Ware discussing Private Dancer. 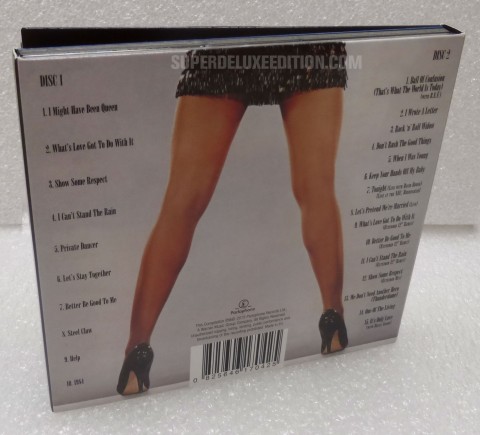