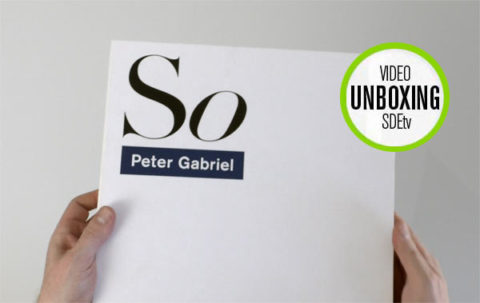 The box set that Peter Gabriel wrote to SDE to defend

Peter Gabriel‘s 1986 album So was reissued in 2012 as a (late in the day) 25th anniversary edition. Fans had waited a long time for this but were left disappointed by the lack of any material associated with the many singles (remixes, B-sides etc.) and non-arrival of the hoped for 5.1 mix. Despite this, the box was thoughtfully designed and certainly looked the part, as this SDEtv unboxing video will demonstrate…


If you’d like to look back at the history of the So reissue announcement, the ‘open letter’ from SDE, PG’s response and browse all the related So posts on SDE since that time, then here is a link (scroll down and start at the bottom!).

As you can see below, the box is still available, as is the 3CD edition with Live in Athens. You 33RPM half-speed mastered vinyl is also still around and is a great price when you consider that this comes with a hi-res download.

In the So box: