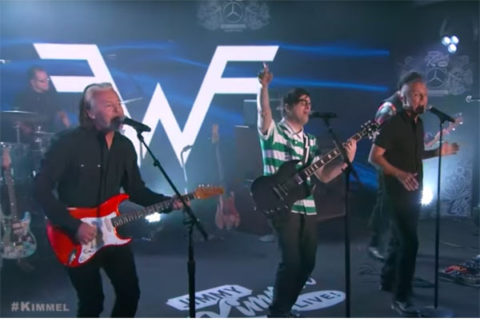 Weezer performed Tears For Fears’ 1985 American number one ‘Everybody Wants To Rule The World’ last night on US TV’s Jimmy Kimmel show and were joined on stage by both Roland Orzabal and Curt Smith. The duo had also joined the band for the same song when Weezer played Coachella last weekend. Watch the TV performance below.