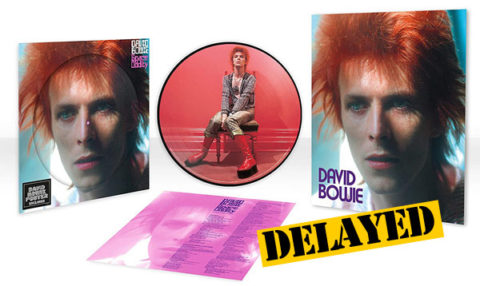 Amazon recently announced that it will restrict the kinds of products that it will receive at its distribution centres in the U.S., UK and Europe warehouses until at least 5 April this year.

With increased online shopping due to the coronavirus pandemic and a reduction in staff availability for the same reasons, the retail giant has had to react and prioritise. It will focus on receiving “household staples, medical supplies, or other high demand products” into its warehouses. Specifically, the product categories are baby, health and household, beauty and personal care, grocery, industrial and scientific and pet supplies.

To be clear, all types of products in stock will continue to be sold, but when it comes to receiving new stock – either replenishing inventory of existing items or receiving stock of a brand new product – this won’t be happening with CDs and vinyl (and other non-essential categories) until at least 5 April. Record labels are still able to announce and load new products onto Amazon’s systems with future release dates and we can still pre-order items in the usual way (see yesterday’s Longpigs announcement as a good example of that).

Amazon would normally take delivery of stock around 3-5 days before release date via the record label’s distribution partner, so any new releases from next week onwards are likely to be affected until early April.

Amazon are clearly an important retailer for the industry, thanks to the volumes they sell (which in turn impacts where a new album might enter the charts), so the major labels in particular can’t really shrug their shoulders and ignore it. They are now scrabbling to change release dates in response to this. For example, the 2CD release of Now That’s What I Call Music 5 has been pushed back to 8 May (was 3 April) and the David Bowie Space Oddity vinyl picture disc is now 19 June instead of 17 April.

We are also likely to see more items becoming ‘currently unavailable’ on Amazon, because labels can’t replenish stock. Of course this specific to Amazon but other retailers are affected too, because while they might spy an opportunity to get one over on Amazon, if the labels are changing the release date then that’s not really allowing for that opportunity to exist.

In summary, if Amazon do indeed only implement this as a temporary measure and things return to normal in early April, then it can really be considered something of a blip. But should they feel the need to extend this further deep into April and maybe into May, that’s another story. Of course, it’s not exactly the end of the world if we can’t get some physical music supplied to us for a few weeks or so, but this is clearly of interest to the SDE readership and so SDE will continue to monitor and report on the situation.